A reduction in 4D noise and higher confidence in the interpretability of the 4D signal can be achieved by reprocessing monitor surveys using more modern techniques.

Seismic monitoring of the Gullfaks field in the North Sea has been in progress for over 20 years.  The challenges of monitoring such a field are shallow water, multiples, an overburden wedge, seismic attenuation, different acquisition geometries, and variations in data quality (mostly acquired with single sensor streamers).

Starting in 2016, four of the surveys were reprocessed alongside a new monitor survey, using more modern processing algorithms such as broadband designature and full 3D demultiple modeling. A comparison of the 2011-2008 4D difference from the new reprocessing and the legacy data can be seen in the example below. The results show that even with good acquisition repeatability, more modern processing can improve the results.

The 2011-2008 difference using the new processing flow shows a cleaner seismic image with less low frequency ringing and fewer multiples leading to improved confidence in the interpretation of reservoir changes over time. 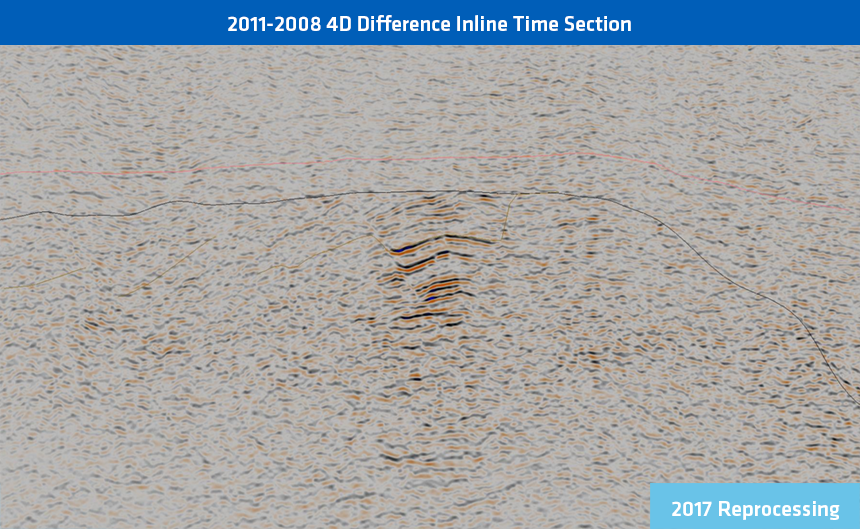 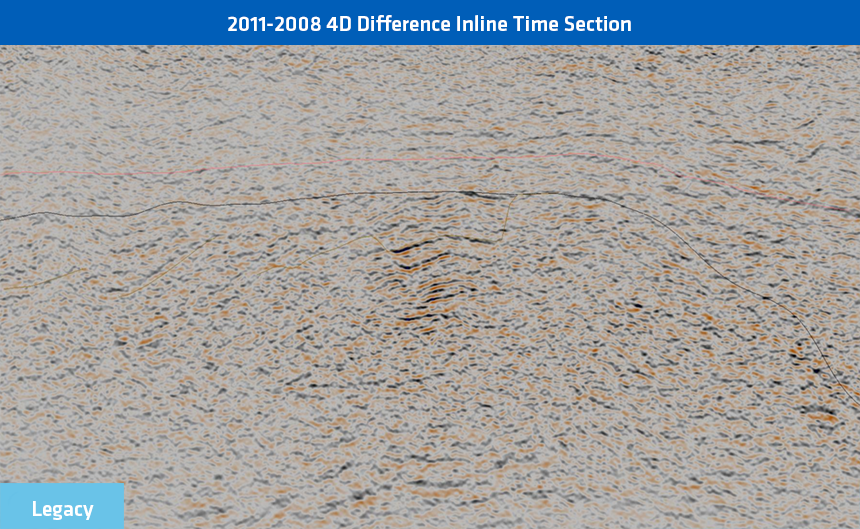 The low frequency ringing and abundance of multiples visible on the legacy image are significantly reduced on the reprocessed data. The 4D signal is much clearer on the new image leading to improved confidence in the interpretation of reservoir changes over time. The horizons indicated are Shetland (red) and BCU (black) and Top Cook (brown). Data: Statoil.