Demultiple is a critical step in the pre-conditioning of data for advanced imaging and velocity model building. In many processing and imaging methods, these multiple reflections have to be modeled and removed from the recorded data in order to obtain a clearer image of the sub-surface.

Multiple reflections can be classified in two main categories:

Before (left) and after (right) the subtraction of multiples.

PGS offers comprehensive 3D pre-stack demultiple solutions for any range of water depths and acquisition geometries. The workflows outlined in the table below are based on two key methodologies which prove to be complementary:

The table below summarizes the standard approaches and combinations for attenuating surface related multiples in various water depths:

The remaining multiples are addressed once the surface related multiples have been successfully attenuated in the recorded data.

We can distinguish two types of internally scattered multiples.

Note that when these events generate surface related multiples, they will generally be attenuated by the 3D SRME techniques.

Finally, the remaining diffracted multiples which are not attenuated by the SRME or Internal Multiple Elimination (IME) techniques are addressed by using specific detection and filtering techniques. The method relies on their clear differentiation in bandwidth and amplitude in comparison to primary reflections arriving at the same time. 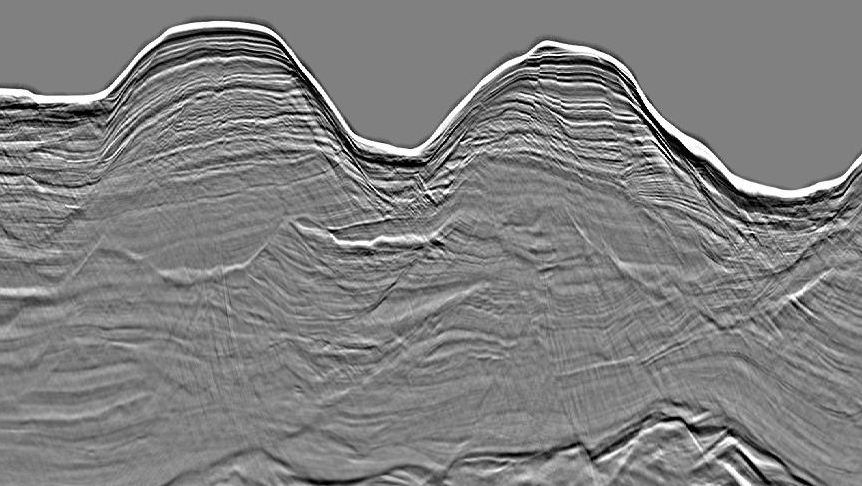 In shallow water environments, multiples closely interfere with other events often blurring the images and showing an unrealistic representation of geological structures.

A wide-tow streamer spread introduces a shallow crossline acquisition footprint into 3D seismic volumes at the boundary between adjacent sail lines. Although very shallow seismic events are generally not important from an exploration interpretation perspective, the footprint amplitude striping may be problematic for 3D SRME. The predicted multiple model may be inaccurate in the footprint zones, thereby affecting the success of adaptive subtraction of the multiple model from the input data.