In a Simultaneous Inversion, What is the ‘Inversion’?

An inverse process is one where observed measures are used to infer what caused them.

An example in seismic processing is full waveform inversion (FWI), where forward modeling is used, with a velocity model, to create synthetic seismic data. If that synthetic data matched a seismic data set acquired over the same area, then the velocity model used in the forward modeling would explain the earth, although there are some caveats to this. Should the data sets not match, then the difference between them can be used as an observed measure to update the velocity model so that the difference between the volumes is minimized, as the model evolves. The schematic below describes the workflow. 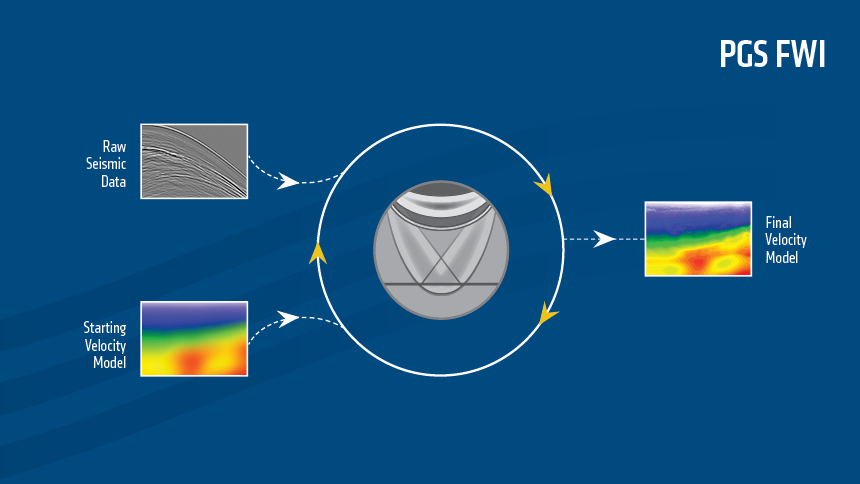 PGS FWI uses the full wavefield, both refractions and reflections. Using reflections requires a more robust algorithm, but potentially has no limitations on the depth of update. The rewards in incorporating reflections are more accurate models beyond the acquisition limitations that impact refraction FWI. To achieve this the PGS FWI kernel uses a reformulated acoustic wave-equation, where the density term is replaced by vector-reflectivity. The user needs an updated migration to act as the binding term for the vector-reflectivity, to generate the reflections in the forward modeled data.

Least-squares migration (LSM) follows the same inversion approach as FWI, however, instead of using the difference to update the velocity model, it updates the reflectivity, and assumes that the velocity model is perfect. The product is a seismic amplitude volume compensated for illumination, assumptions in the imaging operator and limitations in the acquisition. As LSM requires the velocity model to be perfect, the implications are that LSM is run after the velocity model is created, normally at the end of the seismic processing sequence. The schematic below describes the workflow. 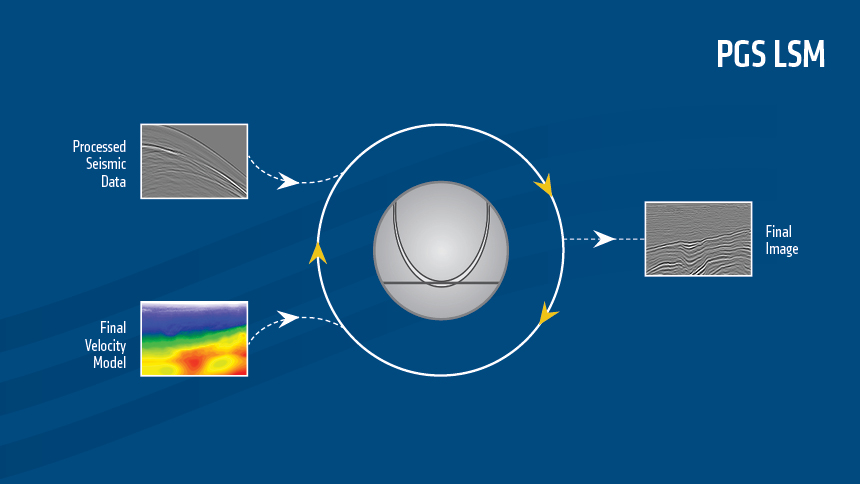