With SWIM, each receiver is used as a virtual source, reducing the source line spacing to be the same as the streamer spacing. The resulting equivalent survey area has increased source sampling resulting in improved subsurface illumination and angular diversity.

SWIM enables the design and use of cost effective acquisition geometries such as super-wide tow. In shallow water, gaps in near-surface coverage can be filled successfully by SWIM and the acquisition footprint reduced. 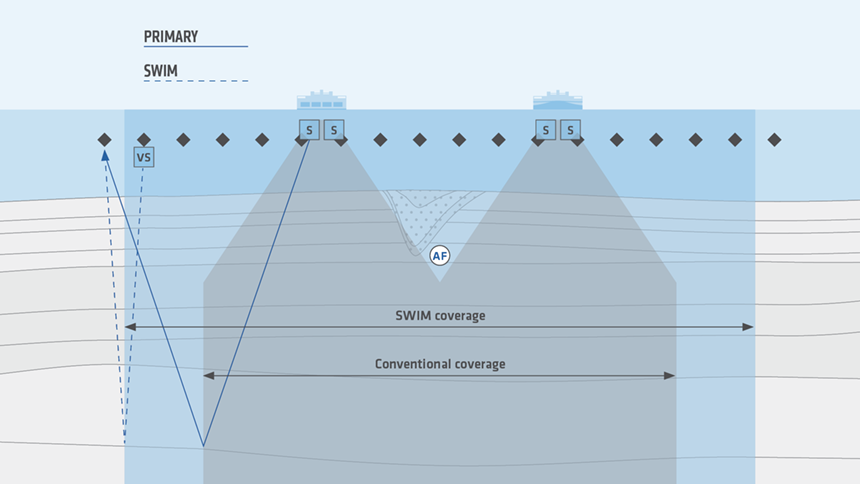 Turning the receiver spread into virtual sources (VS) and receiver arrays reduces source sampling in the crossline direction from the distance between sail lines to that between streamers. Using SWIM in shallow water fills in gaps in near-surface coverage successfully reducing the acquisition footprint (AF).

The images above show a comparison of subsurface illumination from a single shot within 2D images using 6 km streamer length.

Note the profoundly greater spatial extent of illumination from a single shot provided by SWIM in comparison to primary reflections. The lateral extent of the illumination is limited only by the areal distribution of streamers associated with each shot.