Separated wavefield imaging (SWIM) is an innovative imaging technology that uses up- and down-going wavefields, recorded by GeoStreamer dual hydrophone and motion sensors. It delivers high-resolution images of the subsurface not achievable with traditional reflection seismic imaging.

The fundamental concept is based on using each receiver as a virtual source, expanding the angular diversity and subsurface coverage, particularly for shallow reflectors. By effectively turning the streamer spread into a (virtual)-source-and-receiver array, PGS reduces the source sampling in the crossline direction from the distance between sail lines to that between streamers. 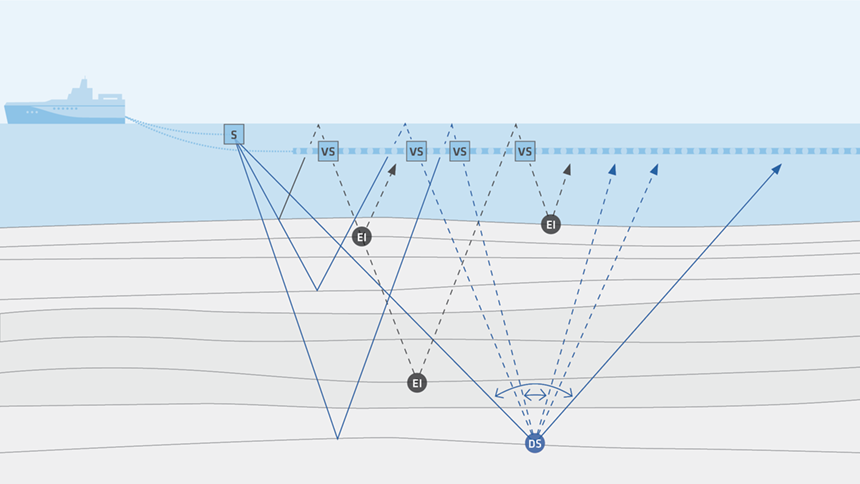 While imaging with primaries is controlled by the source illumination and therefore the shot density, the inclusion of sea-surface reflections provides illumination across the area covered by all receivers.

SWIM provides extended angular illumination of each single point in the subsurface (as illustrated above). The improved angular diversity enabled by SWIM aids shallow target AVA analysis, by improving the statistical reliability of gradient and intercept volumes.

Using primary reflections only results in uncertainty in gradient and intercept due to the lack of near-angle information.