East Flemish Pass 3D Phase II is a 1,950 square kilometers extension of a 3D survey that was acquired by the joint venture in 2016 in the Eastern Newfoundland region.  The survey will extend eastwards into block EL1150, which is expected to see drilling activity in the future.

Harbour Deep 3D will comprise a minimum of 2,700 square kilometers of 3D GeoStreamer data in the Eastern Newfoundland region covering a mix of held and open acreage to be included in the November 2018 licensing round under Newfoundland Labrador's Scheduled Land Tenure system.

Following completion of these surveys the jointly-owned library will have more than 175,000 line kilometers of 2D GeoStreamer data and 19,400 square kilometers of 3D GeoStreamer data. An expansive well log library is also available in the region, along with advanced MultiClient interpretation products that will improve play, trend and prospect delineation.

"Our growing MultiClient data library benefits the oil companies exploring this high potential area, and makes us well positioned for upcoming license rounds. This will be our most active season in the Newfoundland Labrador region to date, reflecting high customer interest," says Jon Erik Reinhardsen, President & CEO of PGS.

"Newfoundland Labrador continues to attract high interest from E&P companies.  We have built significant geological and operational experience in this region over many years which, combined with the leading multi-client data library, positions us well to support E&P companies in their drilling and exploration activities," commented Kristian Johansen, CEO of TGS. 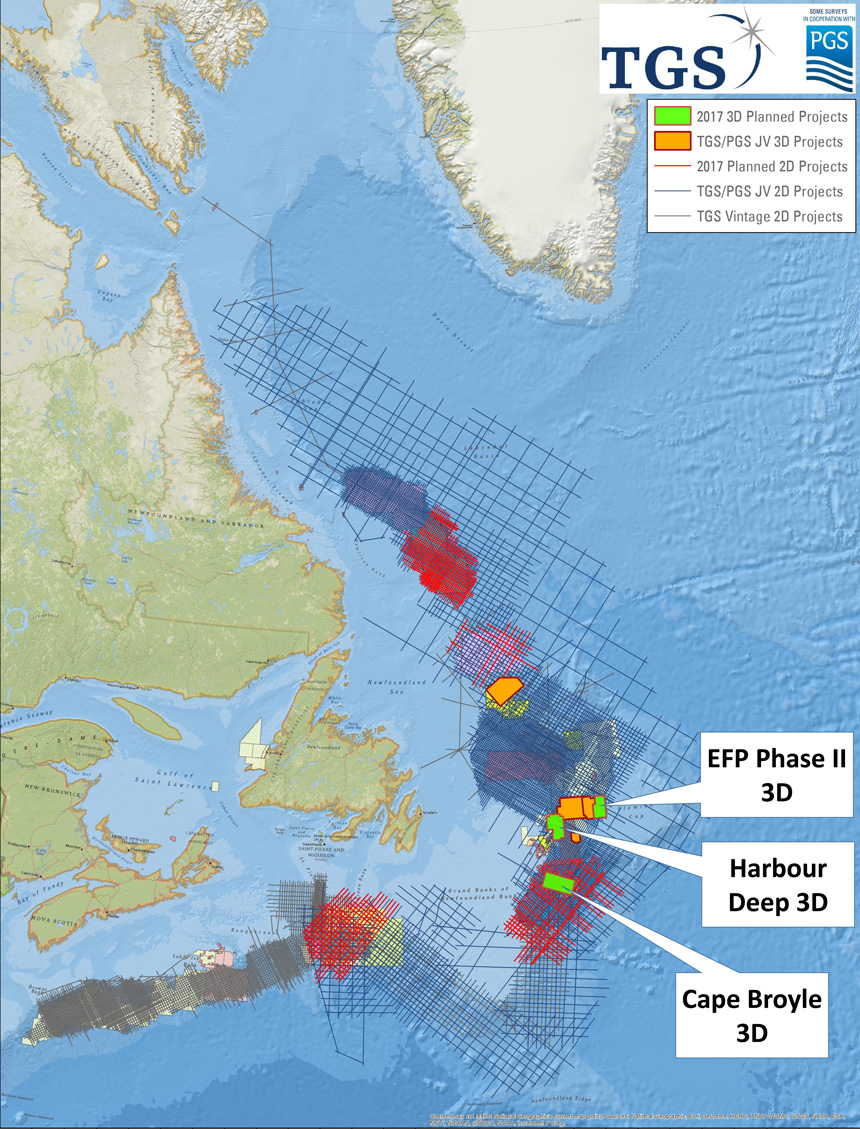 These projects are supported by industry funding.

This information is subject to the disclosure requirements pursuant to section 5 -12 of the Norwegian Securities Trading Act.