A collaborative article between PGS and Repsol Sinopec Resources UK Ltd. is showcased in the January edition of The Leading Edge. Using an example from the Claymore Field Complex in the North Sea the authors demonstrate how to revitalize existing seismic data using leading-edge integrated imaging solutions. Close collaboration between the seismic contractor and operator has led to new insights to help with field development.

Two previously acquired and processed seismic data sets over the Claymore Field Complex in the Outer Moray Firth of the North Sea were used jointly in a velocity model building and depth-imaging exercise. Integrated imaging solutions, in conjunction with wells and interpretation data, were used to revitalize and maximize the value of the seismic data over a producing field. The two data sets, shot in 2001 and 2012, were acquired with oblique angles of acquisition offering the opportunity to perform a dual-azimuth velocity model build and final imaging. 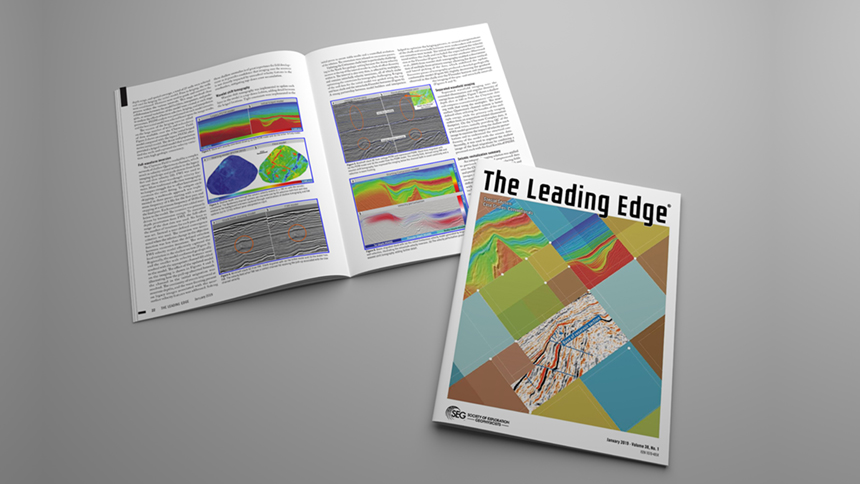 A number of geological challenges affect the imaging and hence field development in the area including a system of shallow interweaving Quaternary channels, numerous high-contrast layers of varying composition, overburden structural complexity and a sequence of tilted fault blocks containing the main reservoir systems. Historically, seismic processing over the area has not fully solved these challenges, resulting in significant imaging uncertainty.

An integrated imaging solution was applied to previously acquired and preprocessed data over the Claymore Complex of producing fields and provided significantly improved models and images of the subsurface. The scope of work incorporated multiple workflows, which use different parts of the seismic wavefield coupled with the extensive coverage of auxiliary data, including wells and horizons, to produce a high resolution earth model.

A complete full wavefield imaging solution was implemented whereby reflections, refractions and multiples were all used at various stages through the model evolution and also contributed to the final migrated image. The integrated workflow consisted of three main elements: full-waveform inversion (FWI), wavelet shift tomography and separated wavefield imaging (SWIM). The final imaging was a combined SWIM and Kirchhoff image.

The Impact of the Revitalized Image

Dual-azimuth imaging helped mitigate the illumination limitations inherent within each individual seismic data set through dual-azimuth velocity model updating and the intelligent combination of the two surveys. The results provided a step change in the seismic image quality. The improvements in signal to noise, event continuity, and signal fidelity have provided the basis for further reservoir characterization, providing a better understanding of the lateral variations in reservoir quality, connectivity and thickness definition.

The goal is to maximize economic recovery recognizing that marginal increases in recovery factor before end-of-field life are materially significant. These data are being used to aid the planning of a development drilling program by reducing the risks and uncertainty associated with legacy imaging.