The Barents Sea geological province is vast, complex, and underexplored. Through several seismic acquisition campaigns in the Barents Sea, PGS has refined the acquisition parameters and processing workflows to produce datasets that tackle imaging challenges and improve geological understanding of the area.

PGS’ Barents Sea campaign started in 2011 with a 2D multisensor acquisition. In subsequent years, PGS has trialed various survey designs to determine the optimal parameters to image the complex geology and prospective targets across this region.

The Hammerfest Basin 3D survey offers a good variety of play models in open acreage, ranging from mature near-field exploration in the center of the basin, to less-tested plays along the flanks and up onto the Finnmark Platform. In the east, the main proven reservoirs are good quality sandstones of the Jurassic section but other reservoir potential may be located in Cretaceous wedges, deeper Triassic sandstones, and potentially Permian carbonates. To the north in the Hammerfest Basin extension survey, are primary targets, analogs to the Realgrunnen shallow targets resolved in the GeoStreamer PURE 3D survey.

The far southwestern Barents Sea hosts some of the few remaining frontier basins. It is characterized by a complex geological regime with a heterogeneous overburden, as well as mixed target depths, shallow water, and structural closures at all levels from Upper Paleozoic to Lower Cretaceous. The 2017 3D GeoStreamer and EM survey, reveals potential plays extending from the Senja Ridge in the north over the Tromsø and Harstad Basins, Troms-Finnmark Fault Complex and on to the Finnmark Platform. Exploration potential in the area is broadly divided between two regimes, shallow marine – deltaic floodplain systems with potential in the Jurassic and Triassic, as well as the Early Cretaceous, and basinal structural and stratigraphic traps with potential in the Late Cretaceous and Tertiary.

The eastern part of the Norwegian Barents Sea is a frontier territory with complex geology associated with salt and carbonate reef structures, as well as deep Carboniferous/Devonian mini-basins. The challenges of the region are associated with the combination of high-velocity sediments, shallow targets, and shallow water.

Jurassic reservoirs are as shallow as 200 m below the seabed in some locations, mostly due to regional uplift, as well as uplift from Permian salt domes such as the Haapet Dome. Uplift increased the velocities of these sediments to above 3 000 m/s. Near-angle reflection data is therefore crucial for precise AVA analysis to intercept levels below the shallow high-velocity sediments. The combination of GeoStreamer technology and CWI (a combination of reflection tomography, full waveform inversion, and separated wavefield imaging) has produced an excellent dataset over the Haapet Dome on the Bjameland Platform with high-density coverage and exceptional resolution.

Likewise in the Nordkapp Basin, where currently only vintage 2D and 3D data exists, near-angle reflections would be required for precise imaging of shadow zones around and below salt and salt flank traps. The primary targets here are the Top Lower Snadd Formation, along with the Kobbe, Klappmyss, and Realgrunnen reservoir sands, deposited by extensive fluvial systems from the southeast during the Triassic. Illumination of complex intervals such as this can be improved by inclusion of additional azimuths and a wide-tow source setup.

In frontier areas such as much of the Barents Sea where well control is sparse, using all available seismic information is essential for identifying leads and derisking prospects.

In the absence of any direct well data in the Haapet Dome area at the time of a PGS Barents Sea case study on derisking shallow hydrocarbon prospects, a low-frequency model was built by merging scaled relative acoustic impedance with an acoustic impedance low-frequency model derived from FWI. This revealed consistent AVA signatures across fault blocks, indicating a possible permeable connection between blocks. 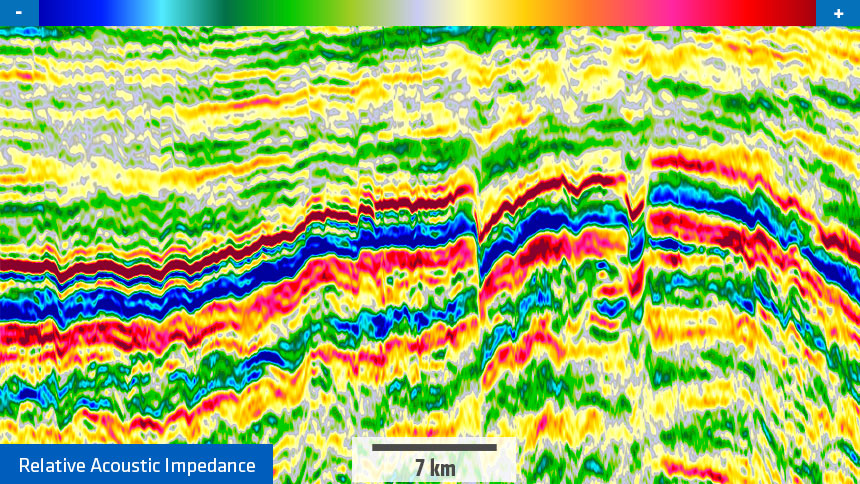 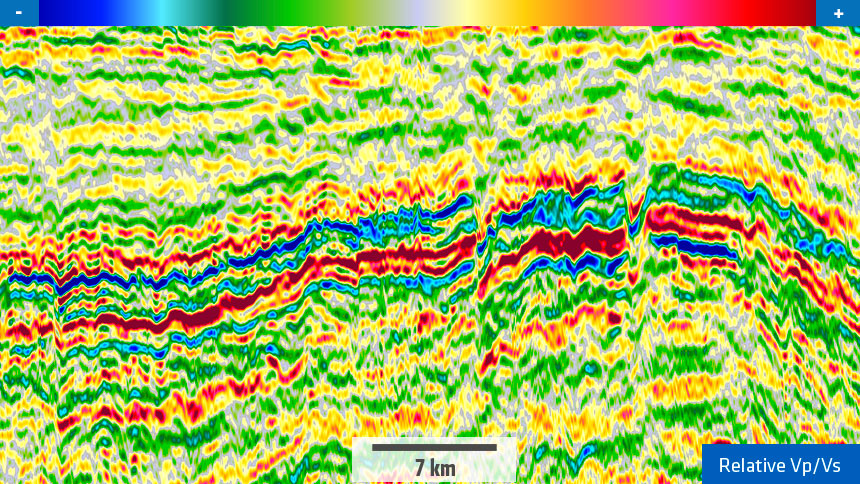