GeoStreamer acquisition in the area provides offsets greater than eight kilometers but the deepwater setting combined with a near surface velocity inversion limits the penetration of the diving waves which are conventionally required for VMB using full waveform inversion (FWI).

To overcome the challenges in this area, PGS FWI utilizes the full wavefield meaning that diving waves and reflected energy are used simultaneously to update the velocity model. The resulting velocity model is both stabilized and enhanced by using GeoStreamer data that are rich in low frequencies, which help mitigate cycle-skipping within the FWI solution.

Applying PGS FWI to the GeoStreamer data from the eastern Orphan Basin results in an accurate, high-resolution velocity model from water bottom through the Tertiary section to the deeper Jurassic reservoir target level. Within the velocity attribute, the signature of chaotic mass transport systems (MTC’s) are easily recognizable compared to the more layered units. Additionally, the definition of stratigraphically constrained fault patterns can be identified as the faults manifest as boundaries within the velocity model. When the broadband GeoSteamer data are migrated with the high-resolution FWI model, the resulting image gives confidence in both structural imaging and AVO response. 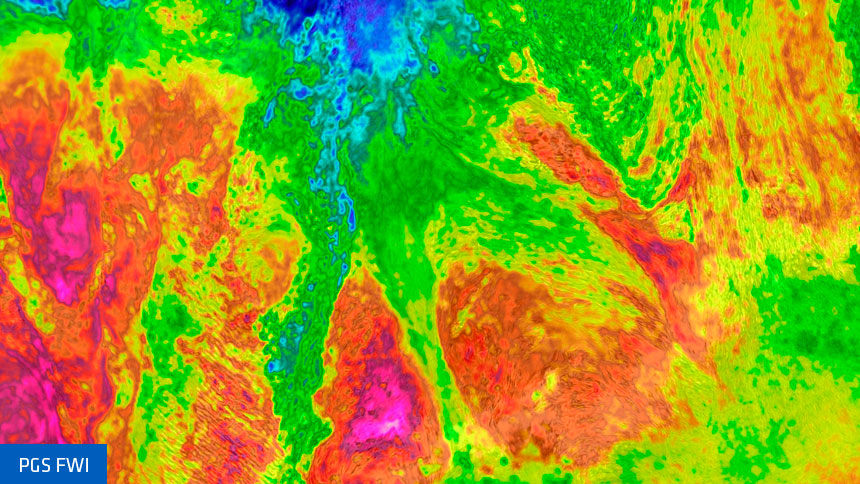 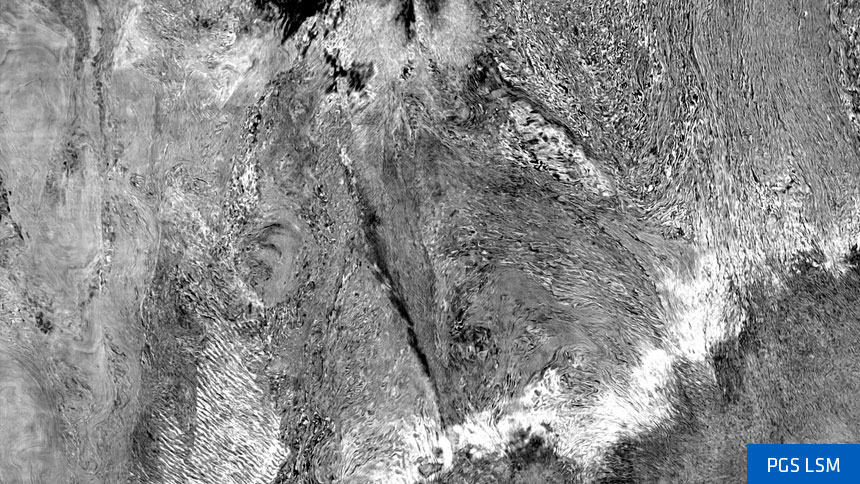 The prospective Jurassic targets in the Orphan Basin require precise treatment of amplitudes to ensure fidelity of the quantitative interpretation workflows. Regional rock physics modeling indicates that at the Jurassic level there is limited acoustic impedance and Vp/Vs separation between brine, oil or gas-charged sands, hence small variations in prestack amplitude response are important to detect. The reliability of the amplitude response at the target level is dependent upon resolving the complexity of the overlying Tertiary and Cretaceous units. Here geological heterogeneities trigger attenuation effects masking the true amplitude behavior at depth.

PGS least-squares migration (LSM) recovers the true reflectivity and provides true amplitude angle gathers for use in subsequent quantitative interpretation workflows. Compared with conventional migration algorithms, LSM benefits from improved wavenumber content and better amplitude balancing across the frequency spectrum, giving broader signal bandwidth, as well as compensation for variable illumination. This leads to an accurate image and reliable amplitude response that can be used to generate attributes, such as impedance and Vp/Vs, that aid in the detection of potential hydrocarbons. Early indications are that the Vp/Vs has a good correlation to the Great Barasway well data. 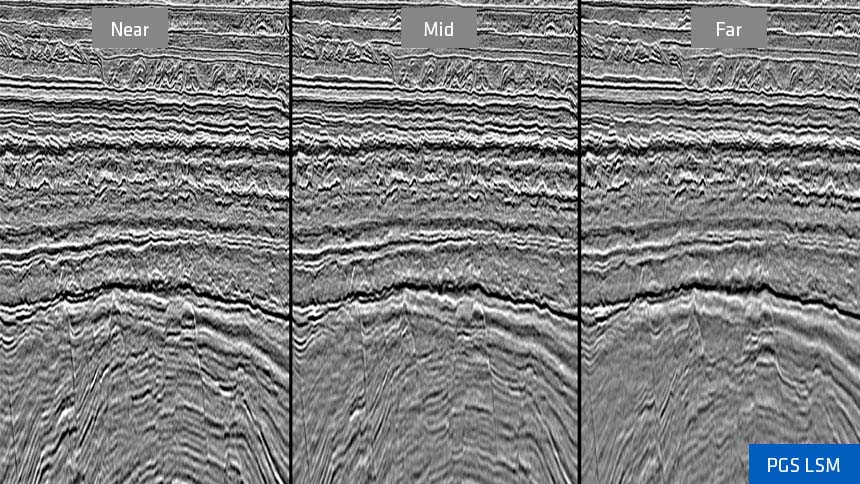