Exploring Congo in Context with MegaSurveyPlus

The remaining potential offshore Congo is unlocked by a quantitative interpretation of our large MegaSurveyPlus dataset. The geology of the region is revealed beyond block boundaries, enabling new insights into the petroleum systems, play fairways, and analogous discoveries. Opportunities can now be analyzed in reliable prestack detail down to prospect level, to improve investment decisions.

Offshore Congo’s proven pre and postsalt petroleum systems have been generating oil and gas for over 50 years. The area has been extensively covered with 3D seismic data. However, the data was acquired piecemeal, with a focus on specific targets, and without the regional context required to fully comprehend leads in their wider setting.

In 2019, that coverage was enhanced by MegaSurveyPlus reprocessing of 3D data across nearly 9 000 sq. km of open and held acreage.

The Congo MegaSurveyPlus was constructed by reprocessing field data from the Congo MegaSurvey, using modern broadband imaging methodologies, including the elimination of multiples and depth velocity model building.

Using a MegaSurveyPlus workflow, input data with various acquisition parameters and a legacy processing baseline benefited from these advanced imaging efforts. The result is a consistent regional dataset and superior images that reveal more of the petroleum system than has been seen before.

New interpretations are now possible. Based on regional depth imaging across the Congo offshore area, these are significantly more reliable than our previous understanding based on legacy time imaging.

PGS set out to demonstrate the feasibility of using the clear structural image and consistently reprocessed prestack data provided by the Congo MegaSurveyPlus to generate reliable attributes for lead identification across a portion of the shelf.

The team took an integrated approach, treating the angle stacks with reservoir-orientated prestack conditioning (ResOP) to enhance the prestack seismic data. This data was used as input to our Prospect Scanner workflow, to estimate relative P-impedance, S-impedance, and Vp/Vs, allowing regional lithology and fluid screening.

Finally, applying the available well data to understand the rock-physics relationships in the area, a correlation was made from petrophysical properties to seismic response found hydrocarbon reservoirs, which typically display a low relative acoustic impedance and Vp/Vs compared to brine filled reservoirs.

The image below provides an example of prestack attributes over a drilled hydrocarbon accumulation. The well data was integrated into the interpretation of the seismic data. An anomaly conforming to the structure provides confidence that the prestack data generated across the MegaSurveyPlus can be used for interpretation.

Below is another anomaly, which corresponds to a low acoustic impedance and low Vp/Vs response, situated within a structural trap induced by halokinesis. With the concept validated through examples such as these, screening for remaining opportunities near existing infrastructure in open blocks can be undertaken with confidence. 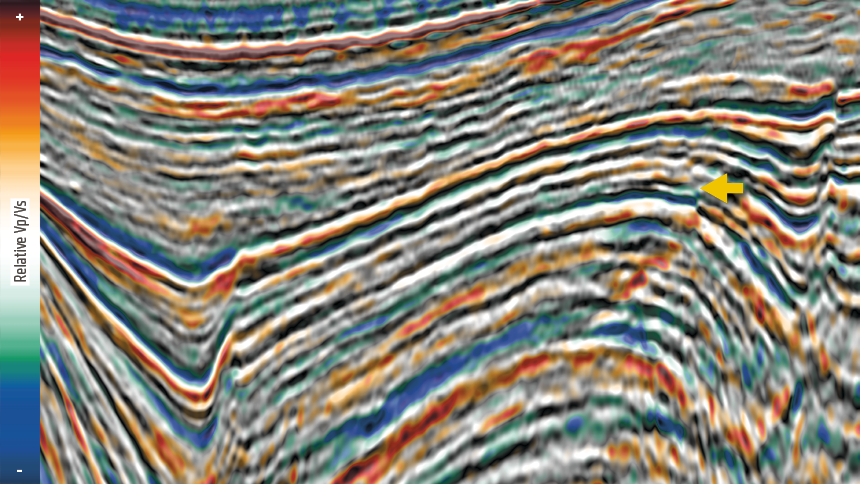 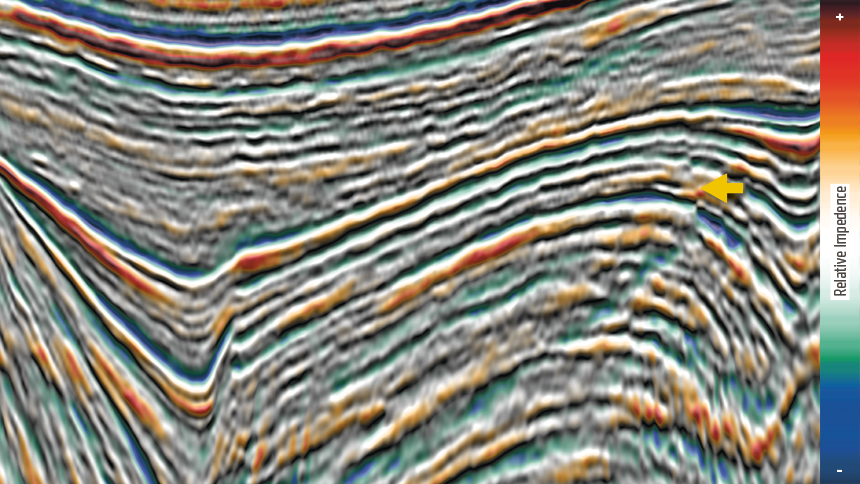 Explorers can now make better investment decisions across the range of open blocks available for direct negotiation across the offshore Congo, using reliable data for regional structural analysis to AVO screening at the prospect level. Following screening and review of the data, it will allow oil companies to high-grade areas for further exploration, and it is a perfect stepping-stone to new initiatives for nearfield exploration in nearshore areas.

To find out more about this survey or opportunities offshore Congo, contact our Africa sales team amme.info@pgs.com