Revealing Injectite Opportunities with GeoStreamer in the UK Viking Graben

PGS has published in the Geological Society of London’s Special Publications describing the image processing and seismic inversion workflow deployed to identify, characterize, and derisk injectite opportunities by integrating high-quality prestack GeoStreamer data with rock physics analysis of well data from fields in the UK and Norway.

Read more about Norwegian injectite opportunities in our Viking Graben case study. New potential in the UK sector is highlighted below.

The Demand for Near-field Opportunities

Injectites, remobilized unconsolidated sands, are commercially attractive targets due to their exceptional porosity-permeability, productivity, and particularly in the case of North Sea Tertiary injectites, their abundance and close proximity to existing field infrastructure. Mature basins declining in production, such as the Viking Graben, need near-field or extended-reach tie-backs above and adjacent to producing reservoirs to supplement production and prolong field life, and injectites offer just that. Even modest-sized injectite features can represent attractive, relatively shallow, near-field objectives.

The challenge has been to discriminate hydrocarbon-filled high porosity-permeability features from tight or dry reservoirs. Conventional band-limited seismic data is too unreliable to accurately image injectite complexity as they are relatively narrow, have enigmatic geometries, and disappointing wells show not all are hydrocarbon-charged. PGS have devised a solution using GeoStreamer to resolve injectites with detailed broadband processing and characterization. 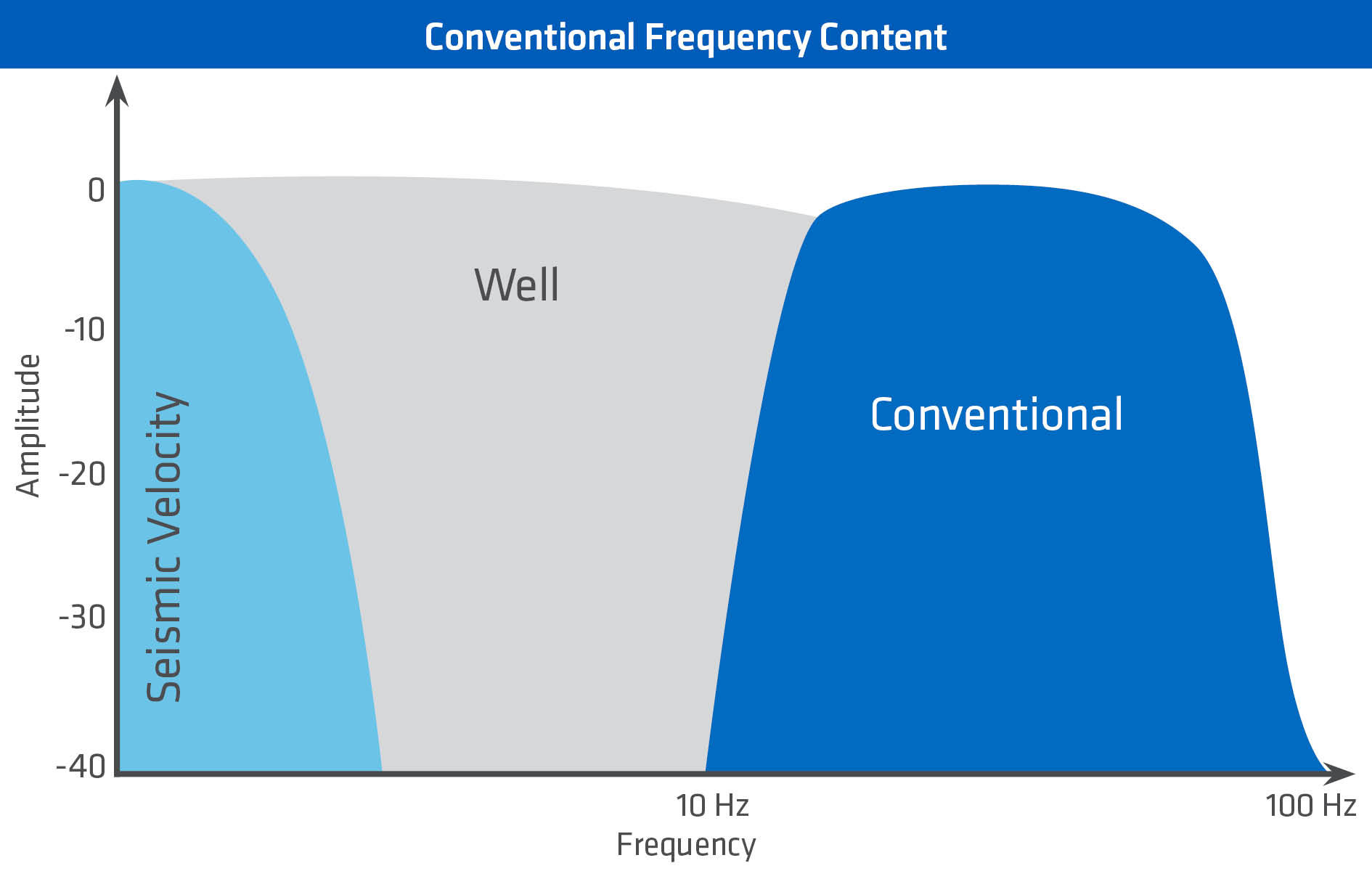 GeoStreamer delivers a broader bandwidth (right) than conventional methods (left). This can be inverted from seismic data and therefore bring more measured information into the elastic attributes, including reliable volumes of acoustic impedance and velocity ratio data. 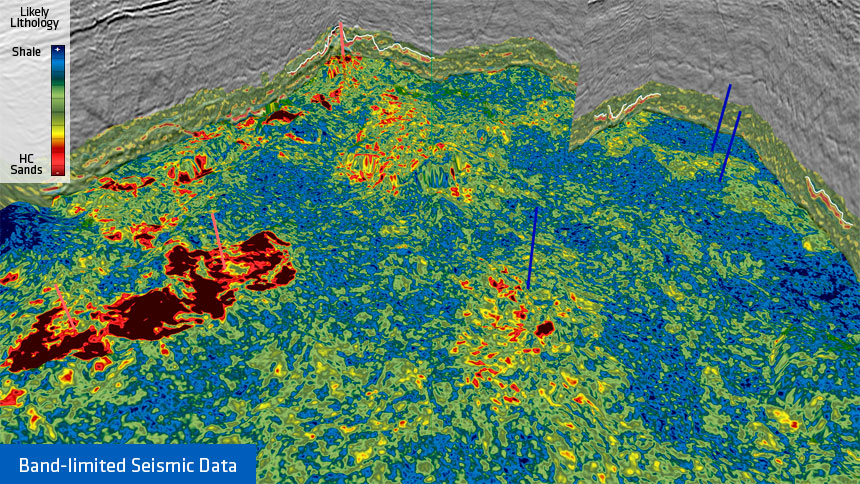 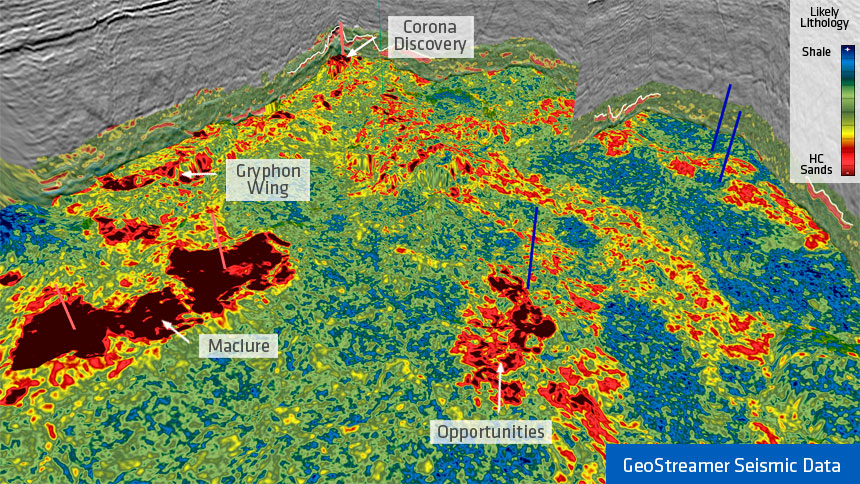 Comparison of relative velocity ratio data around the Balder formation injectite interval created from band-limited seismic data to the left, and GeoStreamer seismic data to the right. The use of multisensor prestack seismic data sharpens the interpretation away from proven Tertiary re-mobilized sand discoveries and reveals a greater indication of potential hydrocarbon sand distribution (red).

The slider below shows injectite features near to the Maclure field and 2015 Corona discovery. The lowest velocity ratio values (red) can be confidently characterized as sand lithologies. This is picked out over the relative acoustic impedance data of the same depth section (black outlines), but only the upper portion of the left-hand injectite group has low enough impedance values to suggest hydrocarbon fill, and low-risk exploration potential. By contrast, the other injectite features below and to the right show ambiguous/high impedance response suggesting that there are water-wet sands sitting below the potential hydrocarbon-water contact, and are therefore high-risk exploration targets. 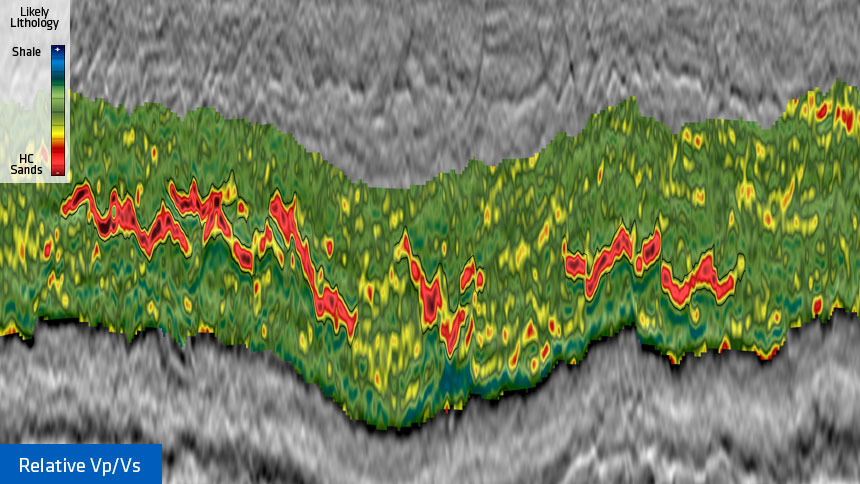 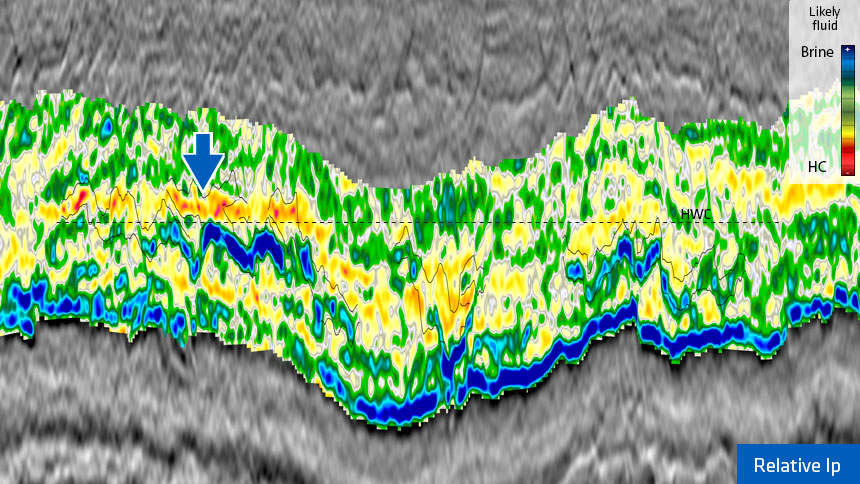 Rock physics analysis using appropriate key wells from the UK and Norwegian Viking Graben confirms the validity of the inversion results with excellent well ties to the prestack broadband seismic elastic attributes, even though well data have not been used in generating the seismic inversion attributes. Good lithology and fluid discriminations can be expected using elastic attributes, supporting the predictive potential of reliable GeoStreamer seismic as input to elastic inversion.

The slider below emphasizes the good tie between relative acoustic impedance from the wells and from the seismic data (left), and the quality of the seismic-derived velocity ratio data attribute for lithology prediction (match between low-velocity ratio and gamma-ray resistivity values) at the injectite intervals. 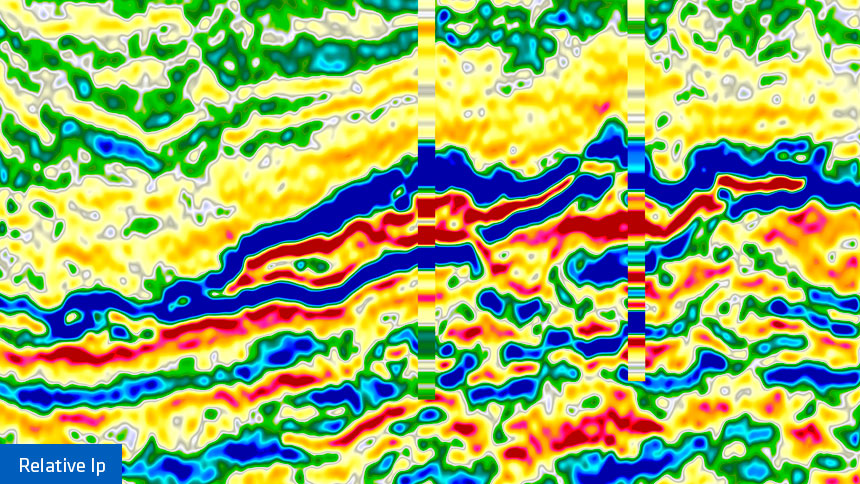 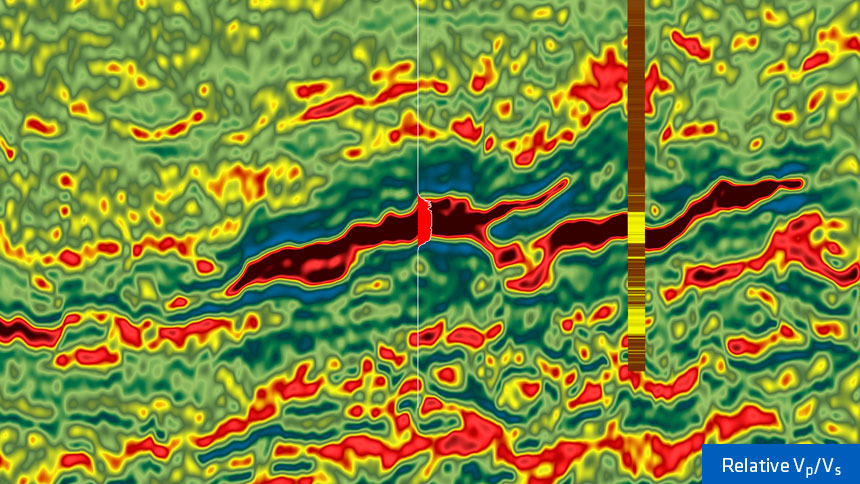 A prestack well-to-seismic tie, with focus on one injectite, showing a good match between the seismic inversion results and the well data.