MegaSurvey | Thinking Outside the Block | PGS

MegaSurvey | Thinking Outside the Block

For decades, operators acquired block-scale or sub-basin scale seismic surveys to develop fields and explore for satellites. This nearsighted view on the geological system was challenged when PGS had the idea that the bigger picture, outside the block, could inform our comprehension of the context of the petroleum system at play. Larger-scale acquisition improved understanding – what if we zoomed out even further?

In 2001, PGS launched the North Sea MegaSurvey, a seamless merge of all available vintage 2D and 3D datasets, based on full-stack, publicly available seismic data sourced from the UK Department of Trade and Industry, and with the support of two dominant operators on the UKCS. The oil companies agreed to share their older, previously unreleased, seismic data in return for a copy of the entire MegaSurvey. PGS held the right to license the merged and improved datasets to the industry and, when sales reached a certain level, the partners received a share of the profits. The North Sea MegaSurvey reinvented the way the industry looks at exploration in this mature basin and revealed the Central North Sea in a new light.

A new concept was born: the MegaSurvey. These are fully scalable datasets with a big-picture, basin-wide geological perspective that also permit a narrower focus on field-scale opportunities within the regional framework.

PGS has developed and expanded its MegaSurvey offering worldwide, to offer regional scale and reservoir detail for over 20 mature basins, in more than 13 countries and encompassing more than 700 000 sq. km of merged 3D.

Regional interpreted horizons can be included, to provide a structural and geological framework for new-ventures teams to build on. Some, such as Benin and Gabon, also include integrated well packages, providing a consistent standardized dataset. For Peru, final data, available from March 2021, will incorporate well control (rockAVO available).

Benefits for all Parties

These regional datasets can encourage current licensees to re-evaluate existing interests in a regional context or to take new areas into consideration based on analogous plays. For new players, they allow rapid evaluation of the geology of an area or screening of basins for potential exploration opportunities. New entrants may bring with them new ideas.

It is not only the collaborating oil companies that benefit. For governments, building a high-quality basin overview offers considerable advantages for the successful marketing of new oil and gas exploration provinces and can trigger renewed interest in existing areas.

The recipe for successful MegaSurvey projects starts by building a catalog of all currently available data which is then carefully quality-controlled before the merge. This is followed by facilitating access to well- and other subsurface data, such as potential fields, allowing validation and verification of geological understanding and interpretation.

A single regional dataset is extremely valuable in support of license rounds. Indeed, the MegaSurvey is an integral part of the license round process in various parts of the world, as it integrates seismic, interpretation, and well data, to give a sound basis for prospectivity assessment of blocks for potential applicants.

Stepping-Stone to the Future

PGS is involved with all aspects of the exploration, appraisal, development, and production cycle providing support and expertise in acquisition, processing, and interpretation. The MegaSurvey is often a stepping stone to the future exploration and rejuvenation of an area. MegaSurvey datasets can trigger the next phase of exploration and, following their screening and review of the existing data, allow oil companies to high-grade areas for further exploration.

Building on the MegaSurvey foundation, PGS works closely with governments and oil companies to identify areas within the MegaSurvey that would benefit from reprocessing or the generation of MegaSurveyPlus. Going back to field tapes and applying the latest broadband processing techniques can provide a cost-and-time-effective method of improving understanding in areas where vintage data struggle to image the detailed potential. MegaSurveyPlus offers the added benefit of a full suite of prestack depth-migrated products. 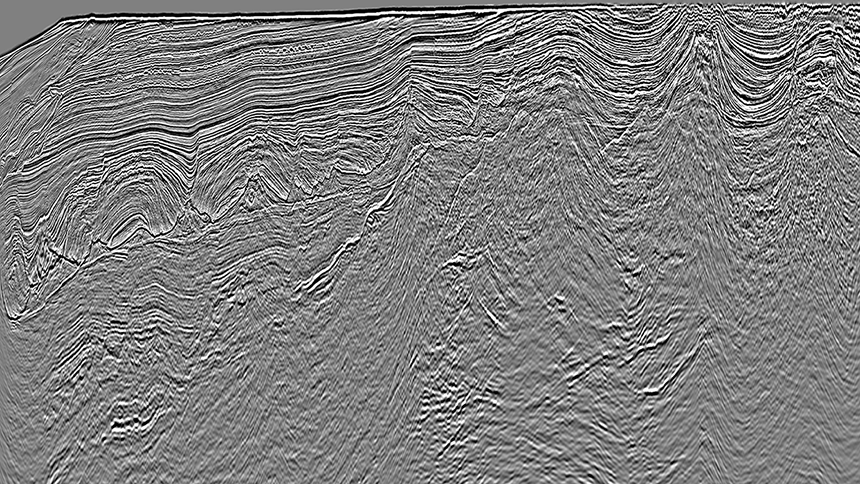 The evolution of the MegaSurvey, from a cool concept in the Central Graben to a cornerstone of basin development worldwide, has been extremely useful in the exploration cycle. Today, MegaSurvey and MegaSurvey Plus datasets contribute a fantastic foundation for governments and oil companies to identify areas for new acquisitions.

So whether you wish to gain a regional understanding of an area as a new entrant, understand the area surrounding asset-building analogs from elsewhere in the basin, or you are planning a new acquisition, PGS Megasurveys offer a highly effective springboard for exploration activities around the world.