The east of the survey, situated in the inner fold and thrust belt, is dominated by shale diapirism, rollover anticlines, and closely spaced thrust faults. The west of the survey is located in the transitional detachment fold zone and contains subtle faulting along with low wavelength folding of Eocene to Quaternary stratigraphy.

The Niger Delta Basin formed during the Late Cretaceous and is dominated by up to 12 km of Late Cretaceous to Quaternary aged clastics deposited in an upward-coarsening regressive deltaic sequence. The main source rocks are Akata Formation marine shales and Lower Agbada Formation paralic shales.

Proven reservoirs in the basin are dominated by unconsolidated sandstones of the Agbada Formation deposited as stacked turbidite channel and fan complexes (Tuttle et al., 1999). The largest accumulations are trapped in roll-over anticlines in the hanging-walls of growth faults but hydrocarbons may also be found in fault closures and subtle stratigraphic traps.

Enhanced imaging of targets is achieved with clearer illumination of complex structures associated with the diapiric movement of the Akata Shale Formation (see slider comparison below). 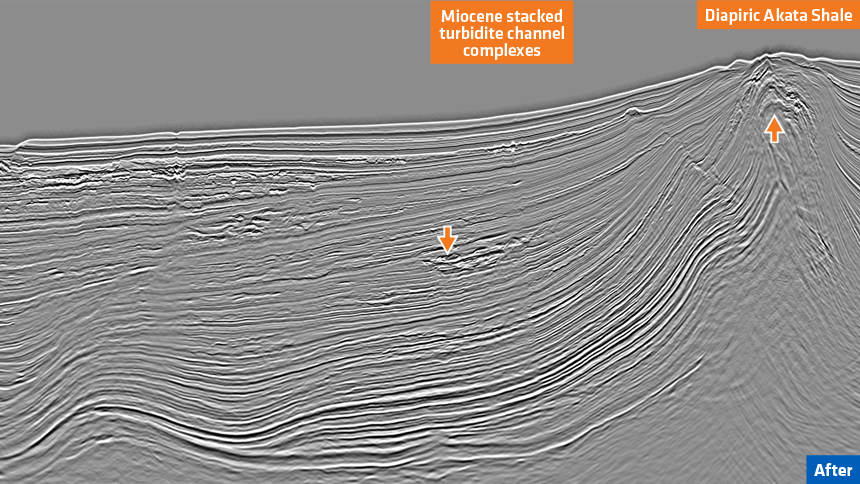 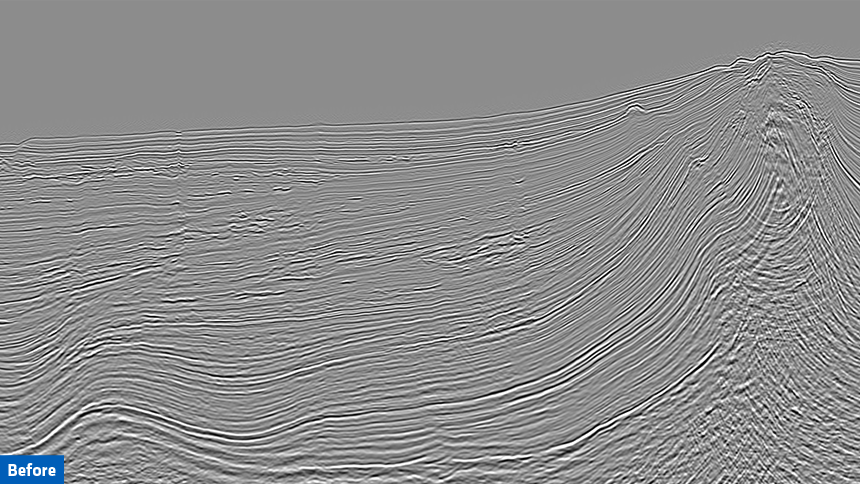 To arrange a data show of the Nigeria MultiClient data library, or talk with our experts about acquisition, imaging, or integrated projects in Africa, contact amme.info@pgs.com