If you are interested in new exploration opportunities, don't miss this webinar of Matt Pyett's award-winning presentation at the Mediterranean Offshore Conference in Alexandria.

Despite its location in one of the most prolific petroleum provinces of Africa, exploration efforts in Egypt’s West Mediterranean Sea have been limited by a lack of data and little clarity in license block delineation.

Recent long-offset GeoStreamer seismic data, together with anticipated license round activities have now thrust this area to the forefront of many oil companies' exploration plans.

A new seismic acquisition program for Egypt has been initiated and new data will be available from late 2018.

Egypt’s West Mediterranean Sea is bounded to the south by the Egyptian mainland that encompasses the mature Western Desert basins, and to the east by the prolific Nile Delta cone where multiple discoveries have been made. The large Zohr discovery has confirmed an additional carbonate play in the region.

Analogs to the onshore Western Desert, the Nile Delta and Zohr-like structures have been observed offshore West Egypt. 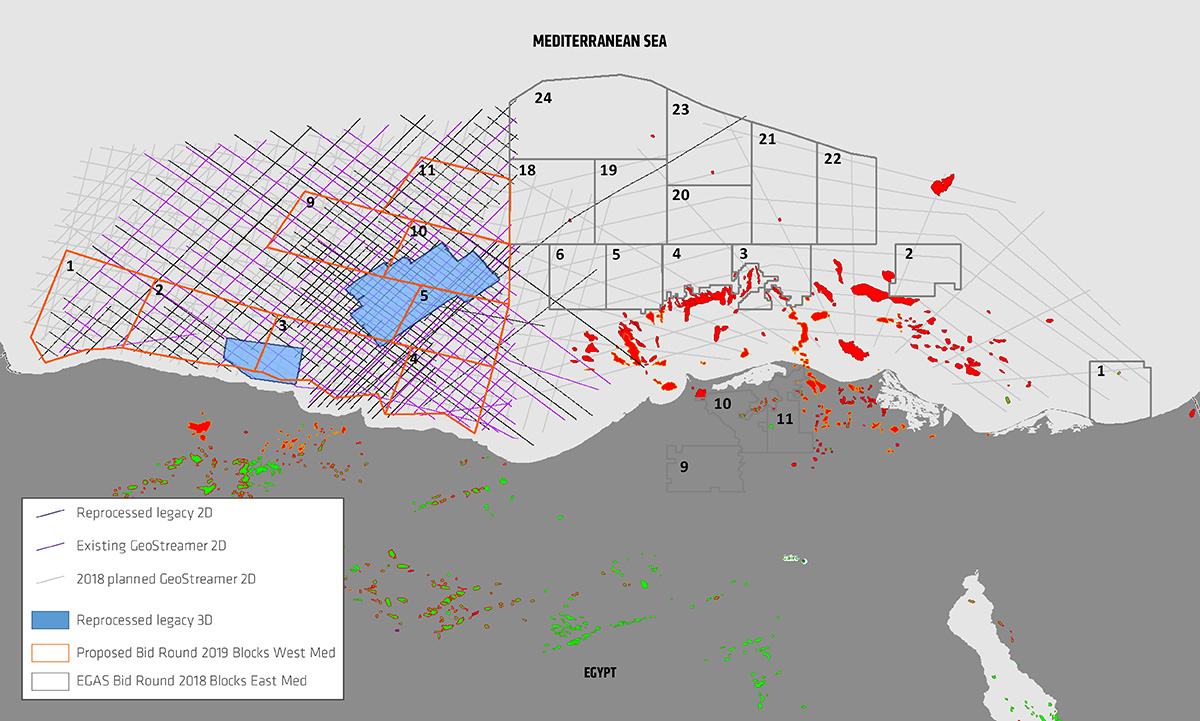