After the passing of the two outstanding decrees concerning the offshore exploration program, the Lebanese Minister of Energy and Water has now announced details related to a new pre-qualification round, available blocks and the timeline for the licensing round. Thus the First Offshore Licensing Round has been relaunched.

The newly formed government of The Lebanese Republic is acting quickly to facilitate the country's first licensing round for offshore hydrocarbon exploration.

The passing of two decrees by the Cabinet on January 4, 2017 was an important step. The first officially delineates the offshore exploration blocks, while the second approves both the tender protocol mechanism and the model exploration and production agreement.

On January 26 the Energy Minister, Cesar Abi Khalil, announced that exploration blocks 1, 4, 8, 9 and 10 will be available for bidding in the licensing round. Companies that successfully pre-qualified in 2013 will remain qualified and a second pre-qualification round will open for further companies to qualify, between February 2 and March 31. Following this 2nd pre-qualification round, Lebanon will accept bids until September 15.

Once the round closes, the Ministry is planning for a rapid evaluation of the applications and award of blocks. The announced timeline:

There has been progressive expansion and improvement of imaging in this highly prospective area in parallel with preparations for the commencement of oil exploration.

Lebanon now presents a tremendous opportunity with frontier acreage already covered by modern 2D and 3D seismic data. Furthermore, the acreage comes with the reassurance of proven hydrocarbon plays and recent discoveries in the vicinity.

As an official data provider in Lebanon, PGS has the seismic you need to analyze some of the most promising leads in the Mediterranean:

To learn more about our available seismic products and start exploring, visit our Data Library or contact us: amme.info@pgs.com or +47 6751 4209 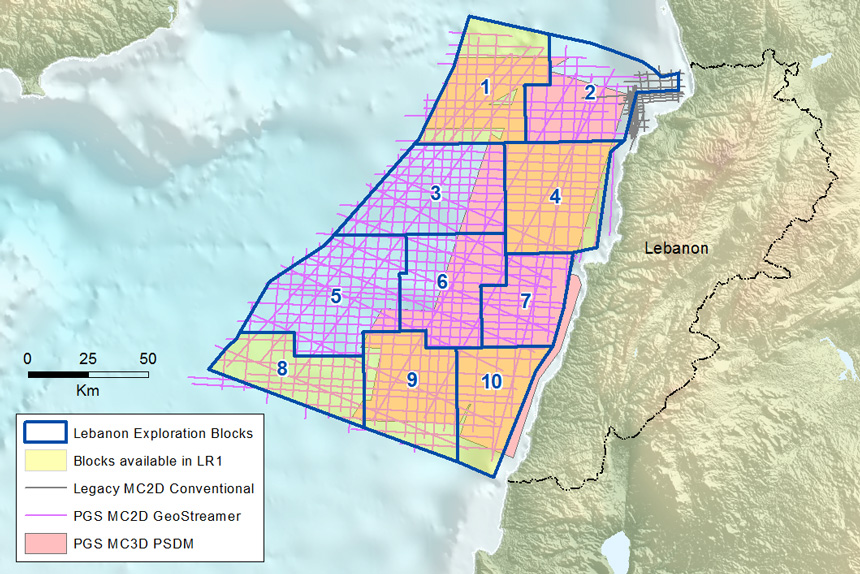