The vast area offshore Angola contains multiple stages of the hydrocarbon exploration life-cycle from frontier basins to mature producing areas, each with strategies in place for exploration and development.

The Atlantic margin of Angola lies within the heart of the West Africa salt province, extending from the north of Gabon to the volcanic Walvis ridge in Namibia. The Angolan margin comprises three major basins; the Lower Congo, Kwanza-Benguela and Namibe basins, where Mesozoic sedimentary sections extend from the present-day onshore to deep water settings.

The geological history of the Lower Congo, Kwanza-Benguela and Namibe basins share structural and stratigraphic characteristics typical for Early Cretaceous rifting of the proto-Atlantic. In broad terms, the petroleum systems of Angola can be split into two main systems, syn-rift/presalt and post-rift.
The presalt section was deposited under an extensional rift phase that ended with the deposition of sag phase carbonates and clastics, capped by the Loeme Formation salt.
The main source rocks within the syn-rift/presalt sections are the Barremian Bucomazi Formation and Aptian transitional phase Grey Cuvo/Chela Formation and equivalents, which charge both pre and post-salt traps. These thick sequences of organic-rich shales were deposited in lacustrine and marginal marine/saline lacustrine environments.
Three main presalt reservoir facies have been identified
The Loeme Formation salt provides a regional seal to the syn-rift/presalt megasequence with intraformational shales acting as secondary local seals.
Post-dating the Loeme Formation salt in the Lower Congo and Kwanza basins, Albian aged Pinda Formation carbonates contain reservoir facies provided by oolitic grainstones and dolomites. Above the Albian carbonates, the post-rift stratigraphy sees a shift to open marine clastic sedimentation, with reservoirs commonly found in three main units
Deepwater shales of these lithostatigraphic units provide seals to post-rift reservoirs across all three basins.
Major source rocks, reservoirs, and seals of the three major basins are outlined in the stratigraphic chart below. Click on the image for a larger, downloadable version also containing a map of the three major basins.

The Overlooked Present-day Shelf of the Kwanza Basin

The present-day shelf of the Kwanza Basin has been overlooked in recent exploration cycles. Of 23 wells in the shelfal region, 18 were drilled prior to 1993. Two exploration wells were drilled on 3D data coverage, with the remainder on 2D data of varied 1980’s vintage. Modern 3D GeoStreamer data acquired on the shelf reveals considerable uplift from vintage 2D data (see the slider below). Improved understanding of the salt presence and complexity is key to evaluation in this area.

Presalt carbonate reservoirs analogous to those proven in the conjugate Campos Basin are prospective in the Kwanza Basin with diagenetic processes providing significant secondary porosities. Albian aged carbonate rafts provide numerous undrilled leads and prospects comparable to the producing fields of the Pinda carbonate play in the Lower Congo Basin, and untested Tertiary turbidite channel systems have been identified on the latest 3D seismic data. 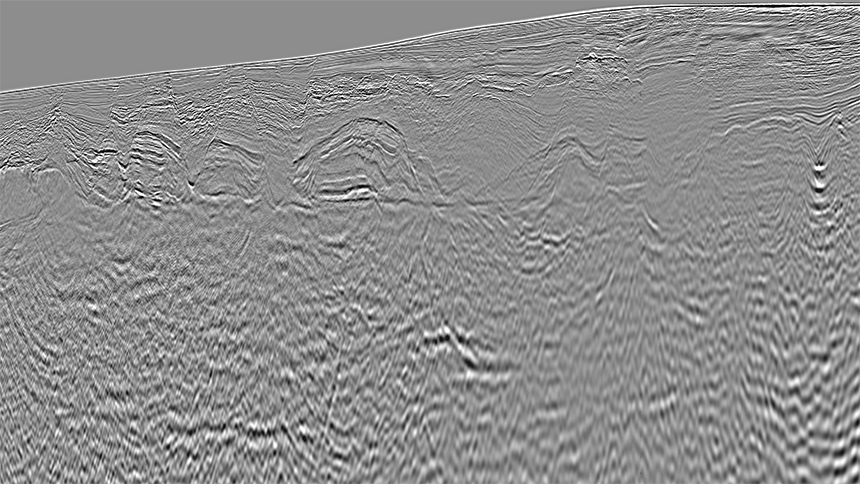 The Success and Undrilled Potential of the Deepwater Lower Congo Basin

The Lower Congo Basin extends from southern Gabon through Congo into Angolan waters. The earliest exploration wells of the Lower Congo Basin targeted both presalt and post-salt plays with considerable exploration success in the present-day shelfal setting. As exploration ventured to deeper waters, attention focussed on the post-salt, in particular the Oligo-Miocene clastic succession which, with over 100 discoveries is the most successful target within the basin. These turbidite sandstones form stacked channel and fan complexes that are sealed by overlying shales and at times, require a juxtaposition of allochthonous salt to complete a trapping configuration.

The post-rift Albian reservoirs of the Pinda Formation were deposited in shallow shelf to open marine environments during the initial flooding of the basin. These cyclic sandstones, limestones and dolomite units are regionally sealed by overlying carbonate mudstones and marine shales, and found within raft structures. The Late Cretaceous Iabe Formation contains numerous sandstone reservoirs found within roll-over anticlines and fault-related structures, sealed by marine shales.

Beyond the present-day shelf environment, the presalt interval of the Lower Congo Basin is undrilled and the Late Cretaceous section is scarcely explored. Exploration focus is expected to extend to these plays in the future with considerable remaining potential anticipated.

Opportunities in the Deepwater Kwanza-Benguela Basin

Exploration drilling of the deepwater Kwanza-Benguela Basin has largely been undertaken in two periods with 9 wells drilled between 2001 and 2006, and a large 6 well campaign in 2014-15. The former focused on the more inboard region with targets in the Tertiary and Upper Cretaceous, and yielded in 2001 the Semba oil discovery in Block 24 which flowed >3000 barrels per day on test. Other wells displayed oil shows and/or look to have TD’d early before deeper potential targets have been tested. Considerable remaining potential is therefore expected within the post-salt succession, which exhibits mass flow sand characteristic responses in seismic data, not dissimilar to those of the Lower Congo Basin.

The 2014-15 campaign targeted presalt prospects predominantly in the outboard in water depths exceeding ~1400 metres. This campaign returned the Katambi gas-condensate discovery in Block 24, a presalt high beneath a thick salt top seal reported to contain 280 million barrels of condensate and 8 TCF gas. At the time of the discovery, operating companies in the Kwanza-Benguela Basin were restricted to ownership of oil only, and so the discovery was deemed non-commercial. In 2018 legislative changes were passed that now enable the monetization of gas in Angola, providing clear opportunities in this basin. Further opportunities in the presalt have also been identified beneath the inboard post-salt exploration trend, in the vicinity of the Semba discovery.

Opportunities for Super-giant Fields in the Undrilled Namibe Basin

The frontier Namibe Basin 2019 license round offered acreage to explorers for the first time, and acreage that was not captured is available for direct negotiation as part of ANPG’s Permanent Offering. Onshore outcrops of the presalt succession along with oil seeps geochemically identified as originating from a presalt source rock, provide a tantalizing hint of the untested hydrocarbon potential of the Namibe Basin.

PGS acquired a regional 2D survey over the Namibe Basin in 2011, presenting explorers with the first indication of thick presalt sections in multiple rift basins, overlain by laterally extensive salt deposits. PGS subsequently acquired MC3D data in 2014. These data confirmed the extent of the salt, showing excellent illumination of post-salt Albian rafts underpinning Upper Cretaceous and Tertiary deep marine clastics. Both the pre- and post-salt sections provide the opportunity for super-giant fields of the future.

New MultiClient 3D data acquired in 2020 covers blocks 29, 30, 44, and 45, providing a continuation of PGS’ footprint in the Namibe Basin that extends south into Namibian waters. In the south of the Namibe Basin where salt is less prevalent, post-rift plays comprising clastic reservoirs overlying widespread marine source rocks are prime targets, analogous to those successfully explored in the Sergipe-Alagoas and Guyana-Suriname basins.