For more than 10 years PGS has built a comprehensive and contiguous data library in the Norwegian Sea and employed a wide range of technologies and workflows to address the imaging challenges for the various targets.

Challenges of Imaging the Near Surface Overcome with Innovative Workflows

Although the overburden may seem simple, high compaction, uplifting, and erosion have resulted in a near-surface characterized by high impedance contrasts, rough surfaces, a complex velocity regime, and anisotropy. For example, the water bottom is highly reflective and generates abundant multiples along with other shallow events. Small features, such as trenches and iceberg scars, while very interesting in their nature, cause strong noise and multiples which can affect imaging of both shallow and deeper targets.

The slider below demonstrates the high-grading of data, initially reprocessed in 2016, where additional multiple workflows were applied prior to seamlessly merging it with a newly acquired and processed dataset in 2019 and a final Kirchoff prestack depth migration. The improvements can be as much attributed to technological advancements as to knowledge building and transfer. 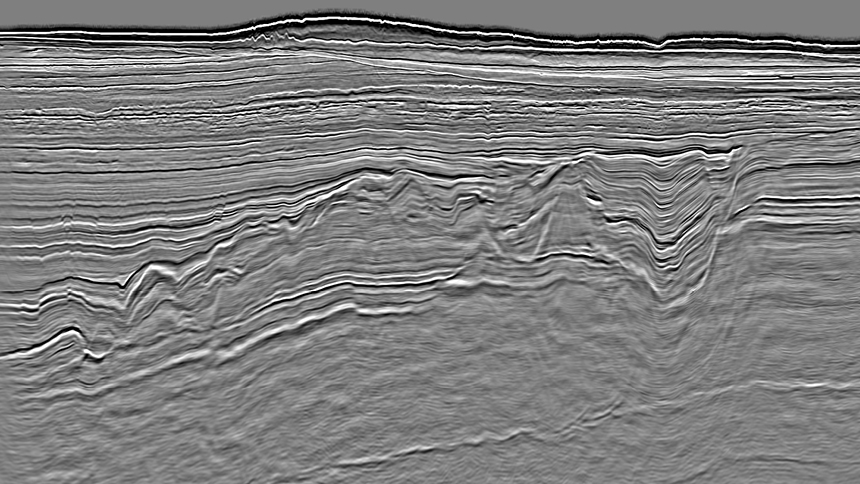 A Norwegian Sea dataset reprocessed in 2016 (left) was improved by merging it with a 2019 dataset and applying an additional demultiple workflow (right).

PGS imaging workflows are applied dynamically to respond to the change in geology across the region. For example, processing can be carried at 2 ms to retain maximum resolution in the shallow Jurassic prospects of the eastern terraces. Likewise, additional demultiple and denoise workflows are required in the thick Cretaceous sequence of the western basins, where highly faulted mud-rich packages are nearly transparent on reflectivity sections and where AVO class II protects require appropriate handling of the prestack amplitude and phase information.

More recently, multi azimuth solutions have demonstrated their value for imaging and velocity model building (including FWI), particularly in highly faulted basins where dip shooting has typically been favored, this leaving fault shadow areas due to the lack of illumination. The slider below illustrates the significant improvement obtained at target reflectors and fault definitions from a single versus dual azimuth solution. 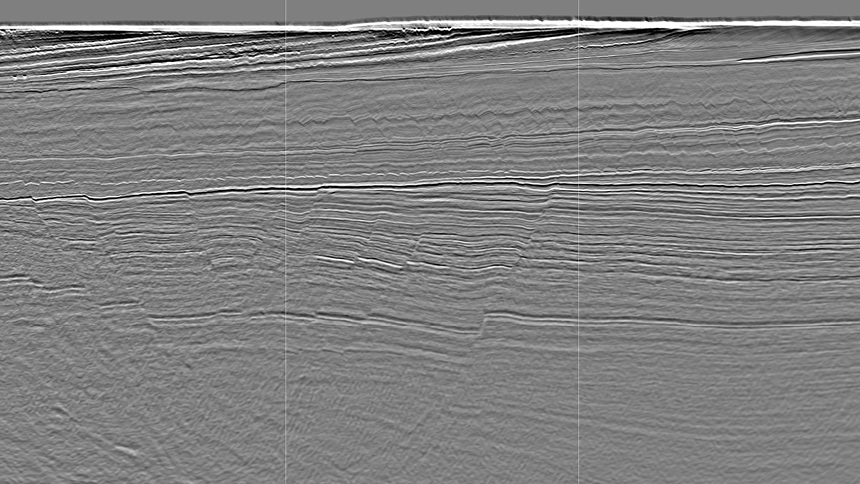 A single vs dual azimuth stack with a particular focus on the deeper packages where both resolution and illumination are critical.

By combining smart acquisition solutions with high-end imaging workflows, PGS can leverage existing GeoStreamer coverage and provide the step-change in quality that this under-developed region deserves. 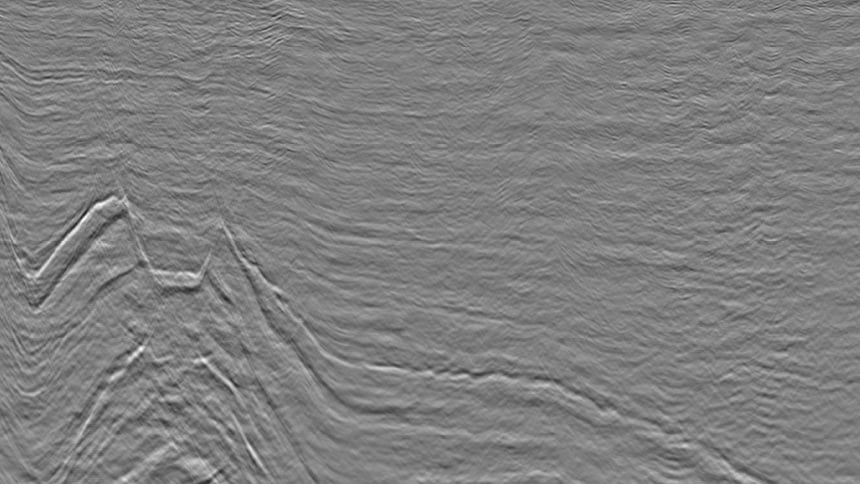 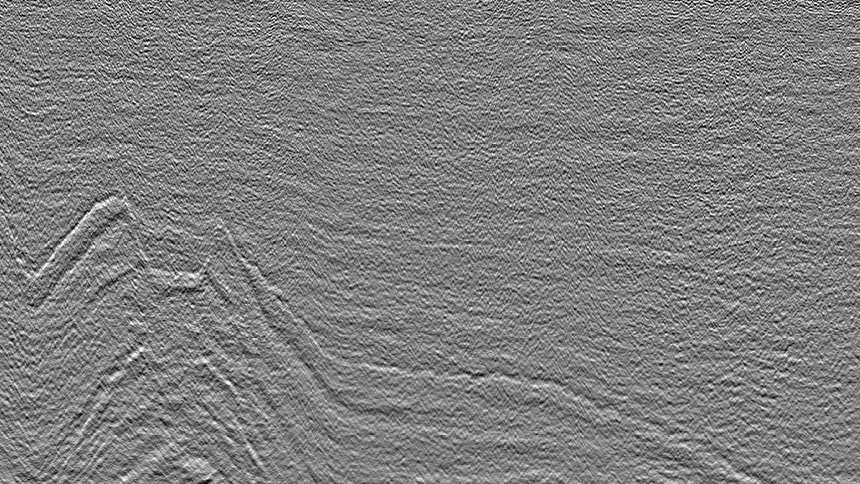 Conventional image denoise compared to sparse plane-wave decomposition in an area where general weak reflectivity is adjacent to complex structures.