The overlapping energy that affects shot gathers extracted from continuously recorded data is referred to as blended data and must be addressed by the process known as deblending.

This is facilitated in the data acquisition phase by randomizing the shot firing times, also referred to as dithering. Small random time delays applied between each source event may introduce enough randomness to facilitate deblending when the blended data are sorted into appropriate domain(s). The randomization makes it possible to align the contributions from a specific source to time zero, while the other source(s) will appear to be incoherent.

PGS has developed an inversion-based approach that instead of treating the energy from interfering sources as noise, considers all energy in the simultaneous recorded data to be coherent signal belonging to any one of the source arrays. Energy is iteratively assigned to all shot gathers so they are equivalent to unblended shots. Any residual noise which potentially may compromise the final image quality is attenuated later in processing using standard denoise applications during pre- and post-imaging processing sequences. 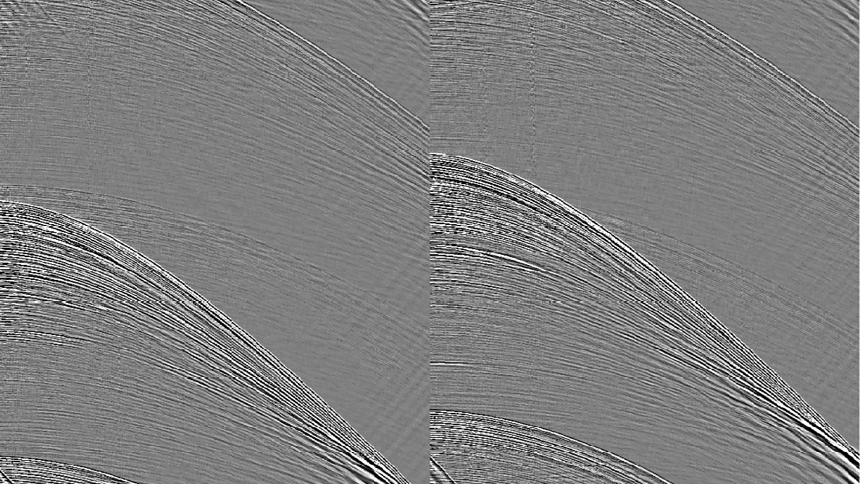