The Santos Basin has seen oil and gas production since the 1970s, and remains active as new technology and play concepts reveal more potential than was ever originally envisioned. Proven reservoir potential is within the micro-biolite and coquinas formations which contain large hydrocarbon accumulations. The recent opening of this play fairway to unitization and bid rounds makes the PGS reprocessing effort timely and effective for exploiting these resources. As demonstrated with the examples below PGS can deliver high quality depth imaging using state-of-the-art seismic processing, velocity model building and advanced imaging technologies and workflows. 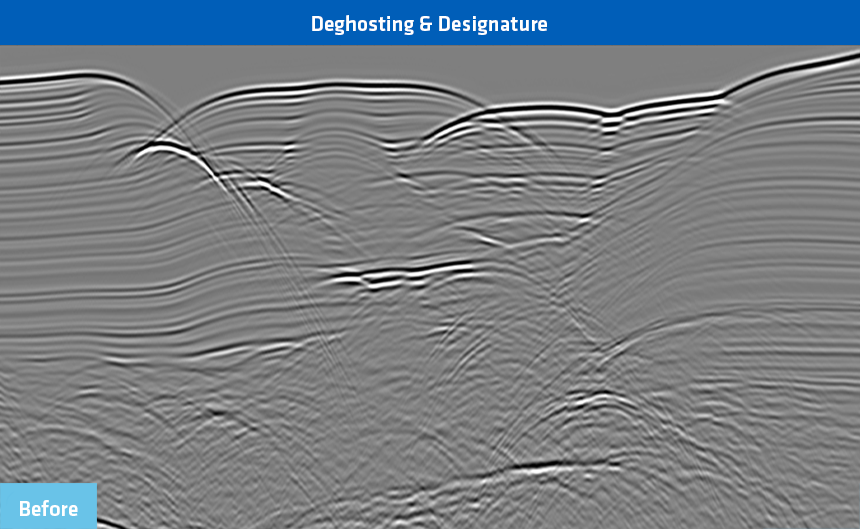 A demonstration of the benefits of reprocessing using PGS 3D deghosting and designature. Pre-migration signal processing enhances the frequency content and provides a sharp wavelet and superior bandwidth. 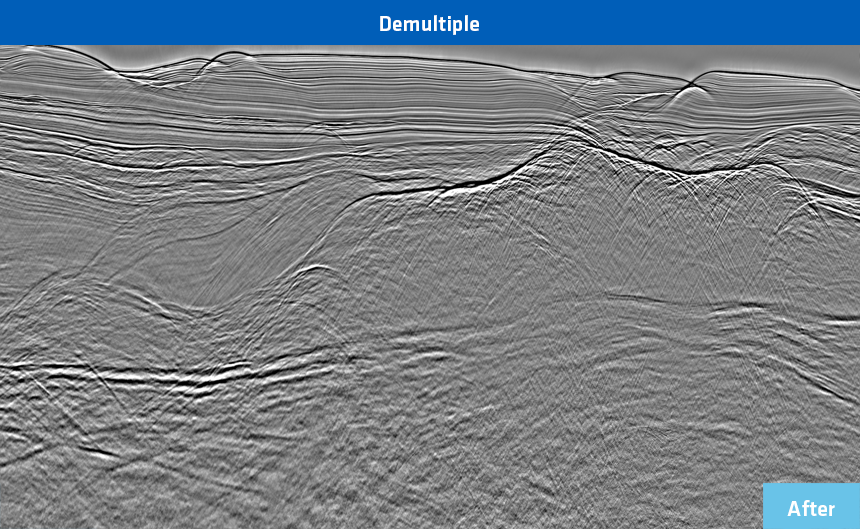 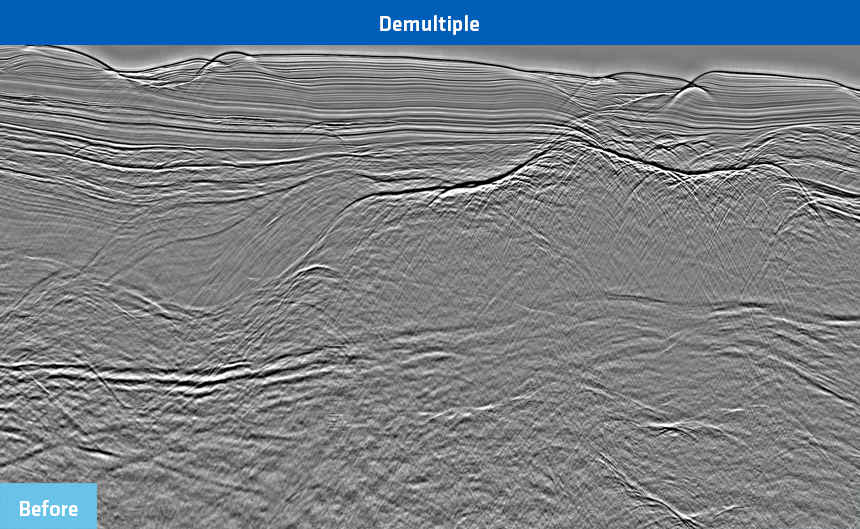 NMO stacks illustrating the benefits of reprocessing with PGS latest demultiple workflows. Residual multiple energy degrades the legacy image and the introduction of an enhanced demultiple sequence provides a clearer image at the pre-salt. 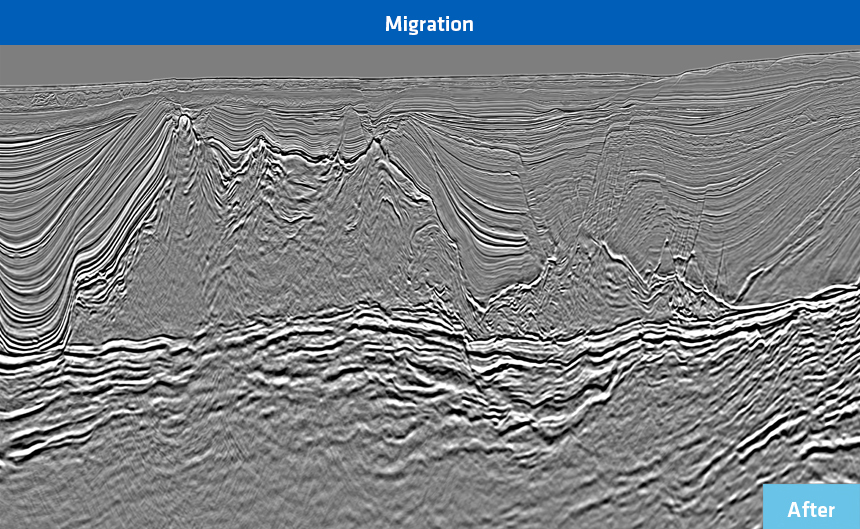 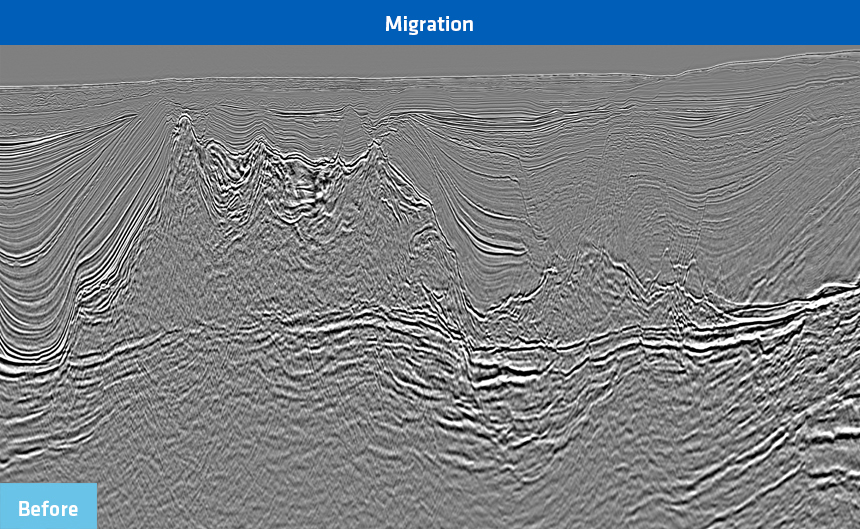 This comparison between the legacy and reprocessed Kirchhoff images illustrates some of the improvements provided by the latest reprocessing. The deghosting and designature delivers a sharper wavelet. The enhanced demultiple workflow ensures less residual multiple energy remains and leads to a cleaner section in the deep. A more accurate velocity model provides clear improvements in focusing throughout the section, with a better resolved image at the pre-salt level. 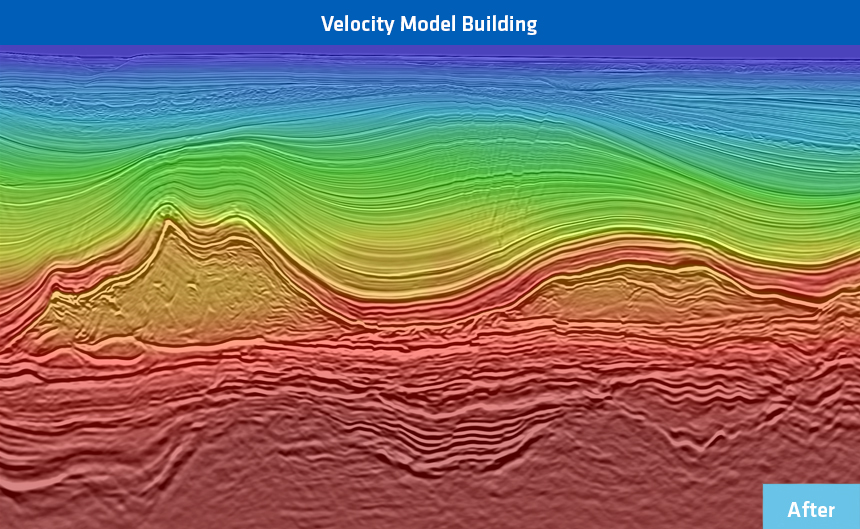 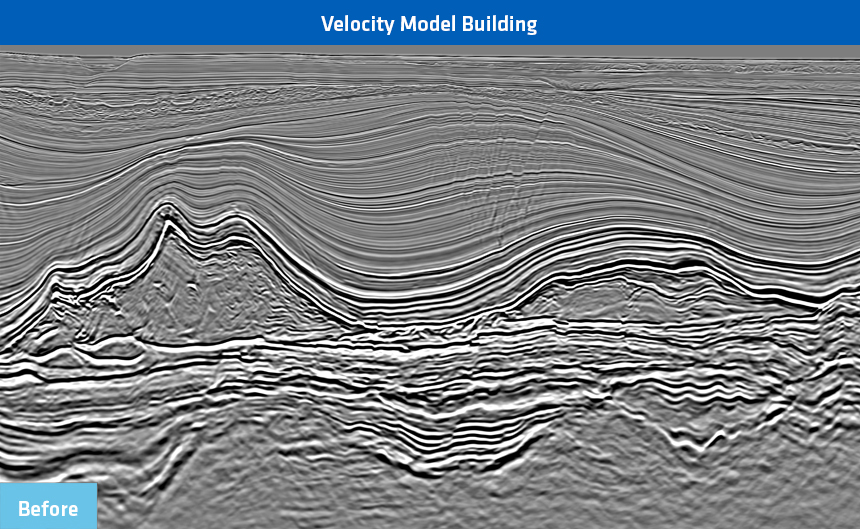 An extensive anisotropic velocity model building workflow was implemented during the reprocessing of the Santos data. This included Full Waveform Inversion (FWI) and hyperTomo®, allowing velocity variations to be captured within the shallow overburden, the sedimentary basins and post-salt carbonates, and providing a more accurate picture of the salt bodies and ultimately the pre-salt carbonate plays. 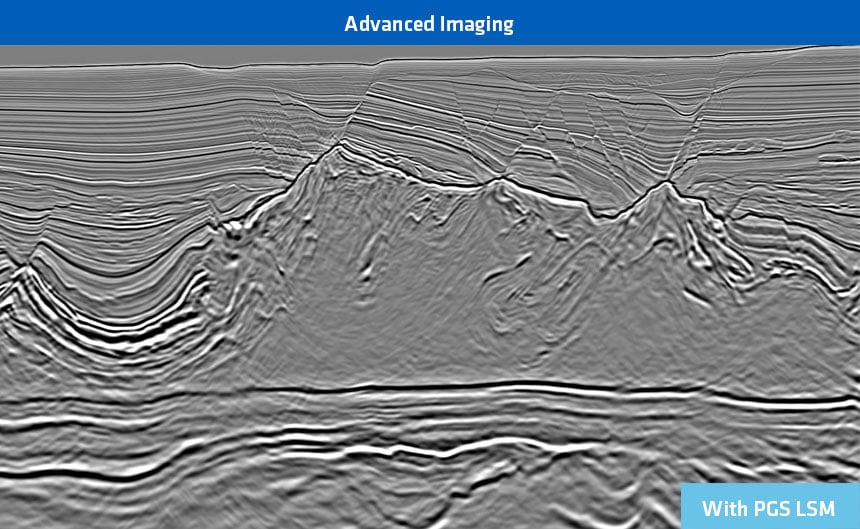 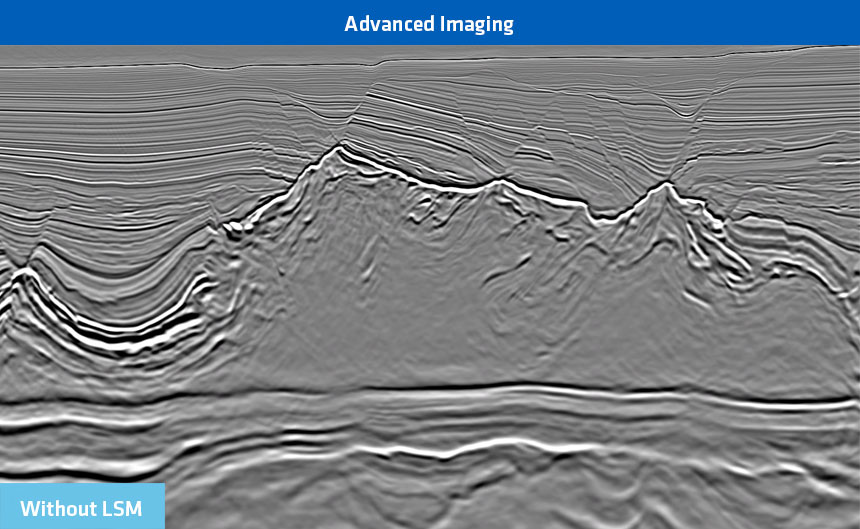 PGS LSM corrects for distortions caused by incomplete acquisition and propagation effects, improving amplitude fidelity and resolution of depth migrated images. In the Santos basin it reduces the impact of poor illumination and enhances the vertical and horizontal resolution of the pre-salt image.