The timing of continental extension relative to salt deposition and presalt faulting impacts reservoir formation and exploration success in the South Atlantic. Major advancements in broadband seismic data processing offer clearer images of presalt petroleum systems in Atlantic basins and open the door for a closer look at the elements of the prolific plays and their tectono-stratigraphic boundary conditions.

The transition from continental extension to seafloor spreading marks the separation of continents and the development of conjugate passive margin systems. It causes major restorations of the regional tectonic conditions, has wide implications for the basin evolution, and affects the formation of petroleum systems. In restricted environments, the continental break-up commonly occurs somewhere close to the period of salt deposition, such as in the South Atlantic basin or the Gulf of Mexico. Unsurprisingly it is widely debated whether salt deposits postdate or predate the continental break-up. Depending on the timing, salt basins might have formed either separately on each conjugate margin including scenarios with salt deposited on newly formed oceanic crust, or as a large salt basin that has been subsequently split during break up.

Analysis on extensional faults near the base of salt allows narrowing down the critical time interval of continental separation and provides insights into the condition during reservoir formation of the presalt plays. Key prerequisites for such investigations are high resolution regional-scale seismic products offering reliable and accurate imaging of the base of the salt and the reservoir bearing sequences below, including their fault controlled morphology.

PGS’ Santos Vision encompasses more than 49 000 sq. km of broadband 3D seismic data in the Santos Basin offshore Brazil, and includes more than 60% coverage of the presalt São Paulo Plateau. This rift-related basement high contains the regional fairway for the prolific hydrocarbon play associated with presalt carbonate build-ups. Based on the salt and postsalt architecture (see the figure below), the plateau region is divided into three tectono-stratigraphic domains. The northwestern Albian Gap domain, is an approximately 40 km wide zone of roll-over structures that displaced most of the Aptian layered evaporite sequence (LES) and largely lacks the postsalt Albian carbonates. A system of extensional faults (Cabo Frio Fault) delineates the Albian Gap from the adjacent mini basin domain of thick layered evaporite sequences bounding mini basins filled with postsalt sediments. Highly reflective layers of anhydrite and other evaporites within the LES indicate complex internal folding while rather transparent sections refer to accumulations of intra-formational mobilized halite. The dominance of mini basins diminishes towards the adjacent fold belt domain, which reveals increasingly well imaged folding and diminishing complexity towards the distal section of the São Paulo Plateau.

The São Paulo Plateau is bound by normal faults, such as the Merluza Graben system with fault throws in excess of 3 500 m. At the plateau, similar NNE-SSW trending faults form the grain of major presalt hydrocarbon reservoirs. Displacement along these fault systems continued during the deposition of the layered evaporite sequence (LES) which accumulated up to 4 000 m in thickness at the graben systems, while the São Paulo Plateau received about 1 150 m to 1 500 m of evaporite deposits (see figure below).

A key objective of the regional-scale imaging project (Santos Vision) is the reliable and accurate imaging of the base of the salt and the reservoir bearing sequences below, including their fault controlled morphology. The latter is a major element in play fairway analysis, and a useful guide to define hydrocarbon leads and prospects within the presalt play. Constructing an accurate model of the heterogeneous seismic velocity signature within the LES and its cover sequences is essential not only for imaging the presalt structural and depositional geometries, but also for assessment of the seal risk for the presalt reservoirs.

The West Africa margin is conjugate to the Brazilian margin and reveals similar architectural elements for the rifted presalt section. However, separation of the continents was rather asymmetric and left a significantly wider portion at the Santos Basin than the West Africa counterpart, including the Kwanza basin of Angola. These differences are reflected in the visible postsalt architecture. The Kwanza Basin is dominated by a basinward gravitational gradient that causes updip extension (seismic below) which is balanced by downdip compression via the salt layer serving as the kinematic detachment. The Santos Basin lacks such a gradient at the São Paulo Plateau where lateral salt movement due to displacement loading is caused by propagating Upper Cretaceous sedimentary wedges (see seismic with velocity overlay below).

Timing and tectonic context of fault activity at the base of the Aptian salt in the South Atlantic basins affects the development of the presalt petroleum system. It has direct impact on trap formation and hydrocarbon charge, while the prolific carbonate reservoir facies are associated with the fault-controlled paleo-relief, besides using subsalt faults as proxy for the continental break-up. Rift-related faulting further affects the reservoir fluid due to localized hydrothermal circulation (CO2; thermogenic gas). In essence, imaging individual fault magnitude and depth scale is critical to mitigate the a wide range of hydrocarbon risk elements.

With regard to the Santos Basin, the base of salt has a rugose relief that ranges in depth from -6 000 to -7 000 m at the São Paulo Plateau. It is bound to the west by a prominent half-graben system that throws the base of salt down to more than -10 000 m along NNE-SSW trending normal faults (Merluza Graben, see figure above with seismic and velocity model overlay). The faults align with the dominant fault system at the São Paulo Plateau where individual fault throw rarely exceeds 500 m and this forms the grain of the presalt play fairway. Displacement along these faults was ongoing during development of the presalt reservoir carbonates and influenced the shallow marine to lagoonal paleo-environment on the São Paulo Plateau. Fault movement continued at least into the early stages of the Aptian evaporite deposition as clearly indicated by the displacements of the salt base (see Santos seismic above and slider images below). Well-imaged volcanic layers interbedded with the presalt reservoir section are a useful reference for fault activity and represent initially horizontal layers suitable to restore the paleo geometries. Younger growth strata within adjacent half-grabens indicate post-volcanic fault movement, and talus signatures along fault scars are evidence of exposure during presalt carbonate build-ups. Up-thrown fault blocks at the São Paulo Plateau reveal additional evidence of erosion at the top of the presalt sequences and a paleo-relief subsequently covered by evaporite deposits (slider images below). In addition, the high-resolution broadband images reveal a seismic signature that indicates lateral facies changes at the reservoir level when flattened on the volcanic layers.

Large-scale fault displacement along the São Paulo Plateau edges (Merluza Graben) is associated with significant footwall uplift and local erosion down to the rift section (Santos seismic with velocity overlay above). Onlapping sag-phase sediments on the flanks of fault blocks indicate that the formation of the Merluza Graben and São Paulo Plateau was active during the late presalt stage and evolving grabens accumulated significantly more evaporite section than the plateau, which resulted in an observable larger salt budget over presalt graben structures. The dichronous evaporite deposition were initiated at the deep grabens and later reached the São Paulo Plateau.

The Kwanza Basin reveals a similar faulting history for the presalt section though the overall passive margin setting differs from that of the Santos Basin / São Paulo Plateau. Presalt faulting actually affects the salt sequence by offsetting its base. In rare examples (seismic from Kwanza above) the faulting appears to truncate a thin salt layer giving the impression that the top of salt was also affected by presalt faulting. However, this is a heavily depleted salt section and the imprint on its top might be the result of salt withdrawal. 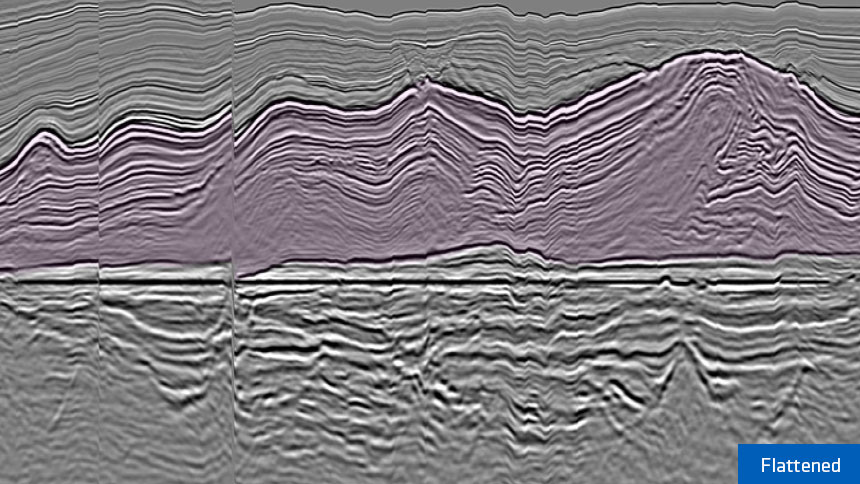 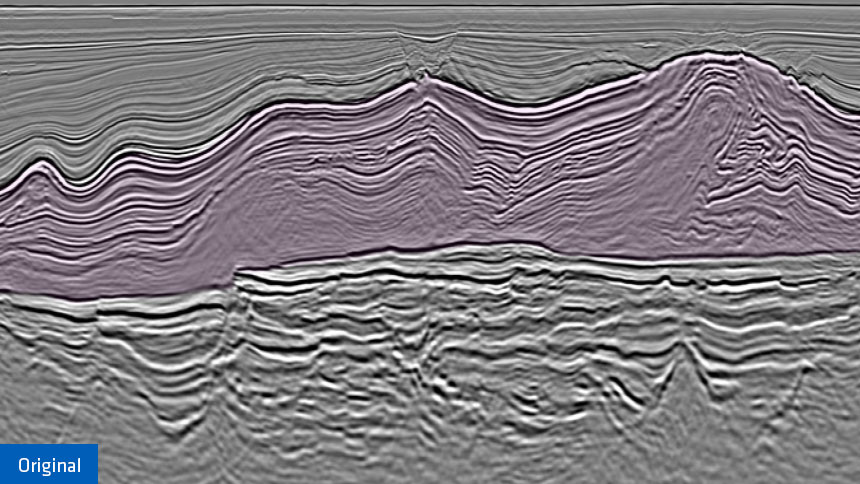