PGS solutions to attenuate converted wave energy to improve imaging of prospective subsalt targets, based on case studies from Egypt and Cyprus.

What is Converted Wave Noise?

The wavefront from a source that strikes an acoustic impedance contrast separates into four variables: transmitted and reflected compressional waves (P-wave) and transmitted and reflected shear waves (S-wave). Converted waves are those whose mode changes (i.e. from P to S or S to P) at the interface and can be recorded in a marine environment in the presence of large velocity contrasts.

Why do we Need to Remove Converted Wave Noise?

Converted mode contamination of P-wave images is a well known problem in some geological settings such as the eastern Mediterranean Sea, where prospectivity exists in the presalt section. In such salt provinces, the large velocity contrast between the salt and surrounding sediments generates conversion between P-wave and S-wave energy. This often results in recording of converted mode events. Because the converted mode has a slower apparent velocity, the converted energy occurs deeper than the high contrast boundary and can obscure data interpretability and potential prospectivity.

PGS has developed a simple but effective approach that attenuates the offending noise, revealing the presalt reflectivity, and reducing risk associated with both data interpretability and attribute analysis. Case studies from Egypt and Cyprus demonstrate the effectiveness of the approach. 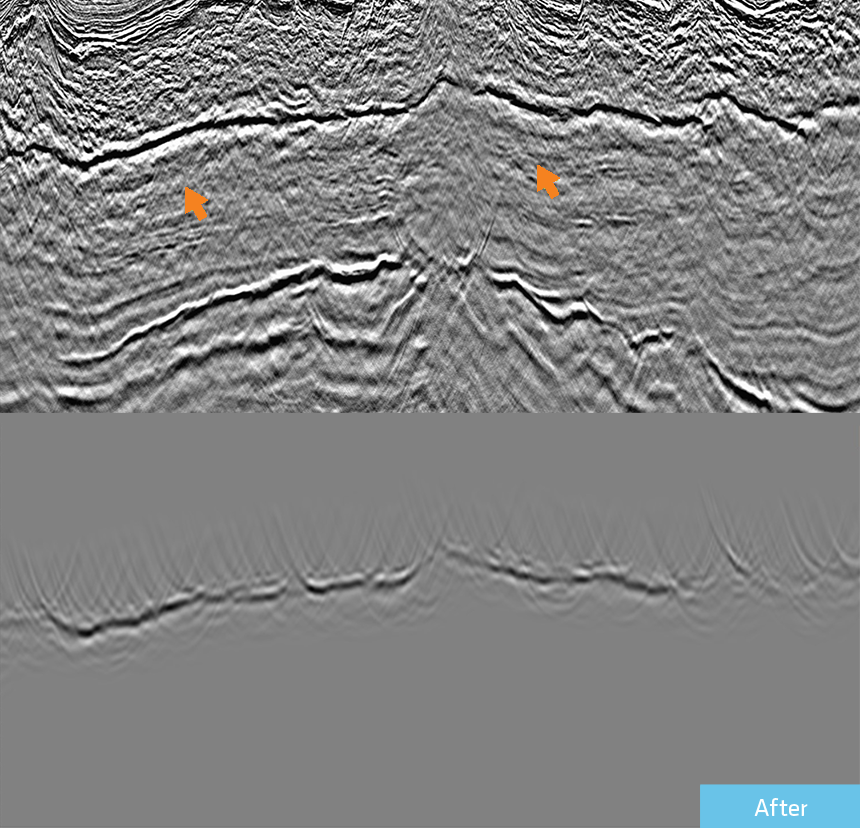