The March edition of First Break contains a PGS article outlining how GeoStreamer data enables the creation of high-resolution velocity models and the use of Separated Wavefield Imaging (SWIM) to improve AVA analysis of shallow water hydrocarbon targets in the Barents Sea.  In frontier areas, where well control is sparse, all available seismic information is utilized to identify leads and derisk prospects.

This article presents how using these technologies uncovers the possibility of a new hydrocarbon play and indicates that the shallow Jurassic reservoirs in the Barents Sea offer very high potential for prospectivity.

The case study demonstrates that SWIM is as AVA-compliant as Kirchhoff pre-stack depth imaging and can improve pre-stack amplitude analysis in a shallow water context. It also demonstrates that imaging using SWIM can be used for qualitative and quantitative interpretation in areas where the reservoir is just a few hundred meters below the seabed.

A regional rock physics study was also completed and illustrates that the shallow Jurassic reservoirs in the Barents Sea indicate very high potential for prospectivity with porosities above 20%. The presence of three different AVA signatures, conformable to topographic structures, suggests the presence of more than one fluid but a risk linked to biodegradation remains. 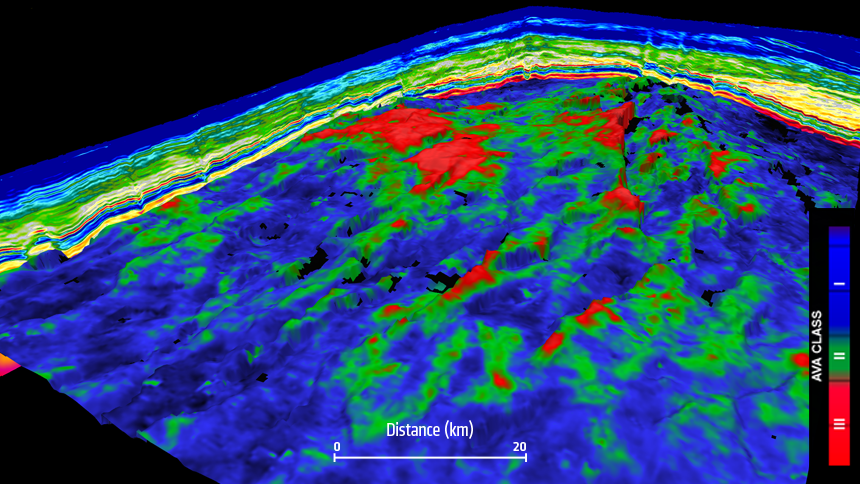 The first exploration well will be drilled in the Korpfjell prospect during the summer 2017 in the PL859 block and will remove this uncertainty. Further work over the Haapet area suggests porosity above 12% in the deeper section at the Triassic level.

These findings open up the possibility of a new hydrocarbon play and in turn make this part of the Barents Sea one of the most exciting exploration targets in Europe.

PGS has over 10 000 sq. km of GeoStreamer data in the Barents Sea. Modern acquisition and processing technology have been applied to the data to reveal the untapped potential of this area which is characterized by shallow water and structural closures at all levels from upper Paleozoic to lower Cretaceous. GeoStreamer PURE Barents Sea accurately images both shallow layers and deeper targets.